MEP Cramon: Georgia Not Ready to Fulfill much of its Commitment towards Democratic Reforms 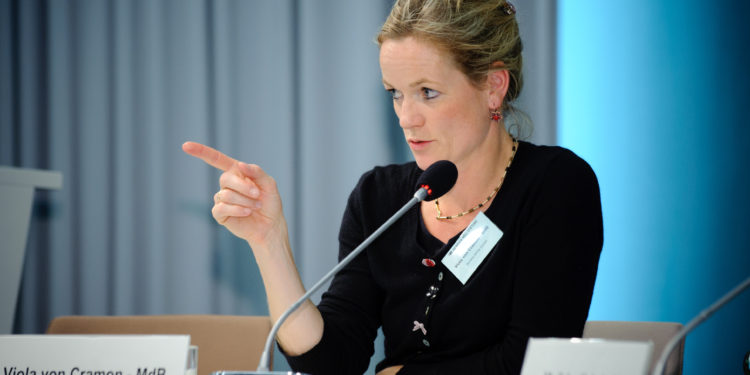 “On the one hand, we have to work with the ruling party, of course we need them, they are our partners in the parliament, but our statements about the rhetoric and hate speech, the misuse of administrative resource should be very clear, as well as the consequences,” MEP Viola von Cramon stated at the webinar, the participants of which assessed the impact of the 2021 local elections on Georgia-EU relations.

“I also warn each and every one of the ruling party that they are further away than ever from, let’s say, a real accession towards the European Union, as the ambassador has rightly said. The Association Agreement is still the current framework political framework, which is not fulfilled at all, which is not implemented in all terms. We’re far away from this and in terms of judicial reforms, other reforms, they are walking away almost every day and we can only comment on this, but I think it also needs a financial response to this and we cannot accept that we would send taxpayers’ money into a country which is actually not really ready to fulfill much of its promises and commitment towards democratic reforms for its citizens,” said the MEP.