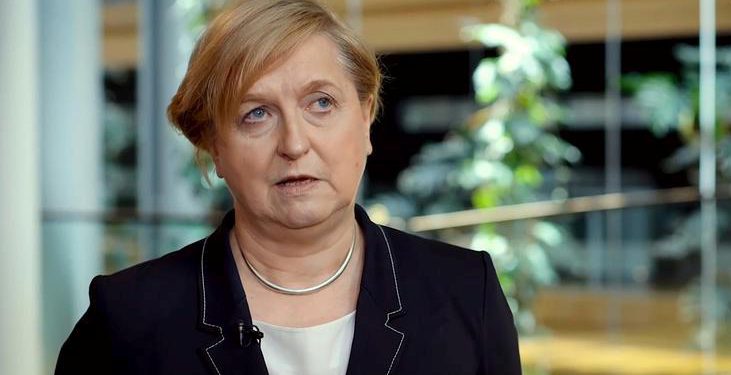 There are a growing number of very prominent friends of Georgia who say that we have to increase the level of integration with Georgia, Ukraine and Moldova; that we have to offer them everything except membership [at this stage]. I am optimistic about this cause and I think the amendment serves it well.

The European Parliament calls for the recognition of the European perspective of Georgia and Ukraine – a component included in the annual report of the Common Foreign and Security Policy (CFSP) at the initiative of Polish MEP Anna Fotyga.

The report calls on “EU and its member states to recognize Georgia’s and Ukraine’s European perspective, which is considered vitally important for the countries’ security and stability, as well as a driver for them to continue implementing internal reforms”.

“This is one step in the right direction,” the former Polish Foreign Minister Fotyga told Radio Free Europe’s Georgian service. “It took 12 years for Poland to enter the EU. Other countries had to wait even longer. This amendment was adopted under extremely an important, difficult political momentum, as the Russian Federation poses threats not only to Ukraine, but to the entire EU and Eastern neighborhood. In case of Georgia, as you probably know, I have reservations as well. I am still concerned by the political developments there, constantly concerned with the case of the third president, Mikheil Saakashvili, yet I strongly support Georgia in both the European and transatlantic perspective, and I always support Georgian society. I see that they prevail. Now there are a growing number of very prominent friends of Georgia who say that we have to increase the level of integration with Georgia, Ukraine and Moldova; that we have to offer them everything except membership [at this stage]. I am optimistic about this cause and I think the amendment serves it well.”

What was the reaction from the Georgian side re: the amendment?

We have our own communication channels, including with the government at the lower level, but most importantly I know about the reaction of Georgian society. Georgian people require encouragement, and I well understand the bitter feeling of being in limbo. I hope this amendment is one such encouragement. It’s important for people to see that something has been achieved, that we are moving in the right direction.

You mentioned keeping communication open with the lower ranks of the government. What about the high-end leadership? To put it mildly, they aren’t your biggest fans. The chairman of the ruling party accused you of lobbyism, while the Prime Minister said MEP’s words don’t matter.

Yes, I know. What I will say is this: How can I be an enemy of Georgia when I have always supported the Georgian state and it’s sovereignty? I admire the national pride of Georgians, I think Georgia is an important part of Western civilization. I think I am a true friend of Georgia.