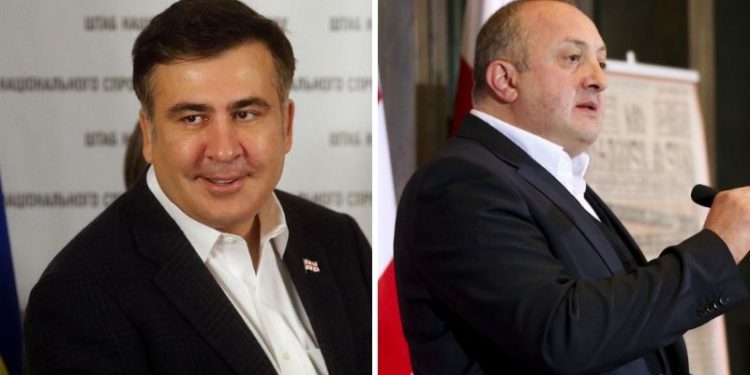 The 4th president of Georgia, Giorgi Margvelashvili, said yesterday that he believes Mikheil Saakashvili is a personal prisoner of Putin and it is the Russian President’s personal interest that Saakashvili be “arrested and locked up by Georgians.”

He told journalists this after visiting Saakashvili at the military hospital in Gori where he is being treated.

At the same time, Margvelashvili noted that the goal of the Georgian Dream and Bidzina Ivanishvili may not be to detain Mikheil Saakashvili at all.

“I accept the possibility that it’s not in the interest of Georgian Dream to have such a hotbed of tension, but the one who really benefits from it and likes it is our country’s northern neighbor,” he said.

He noted that in these conditions it is necessary to create a common format with the incumbent president Salome Zurabishvili, while the format of the meeting of the three presidents should “send a message to the Georgian people that we will be united against a common confrontation, a common enemy.”

Salome Zurabishvili hasn’t yet responded to the above statement made by the ex-president.

For his part, Mikheil Saakashvili wrote after the meeting that despite certain differences that existed in the past, Margvelashvili deserves his respect.

“Despite serious political differences in the past, I cannot fail to mention that President Margvelashvili deserves respect. I would like to highlight a few factors as to why:

“It is especially valuable to me that he, unlike many, did not use his position for personal benefit and now lives the life of an ordinary citizen after his presidency. I have no doubt about his patriotism and pro-Western orientation. I also appreciate his initiatives for dialogue between current and former presidents to end political injustice. He absolutely and boldly expresses the reality that I am really Putin’s personal prisoner,” Saakashvili wrote.

According to him, it cannot be underestimated that “during this difficult time, he took on the role of consolidating,” which Georgia needs most, and “in this regard, both Salome Zurabishvili and Giorgi Margvelashvili can fulfill a truly historic mission.”