Mamuka Mdinaradze: the Behavior of the Opposition Today is Destructive 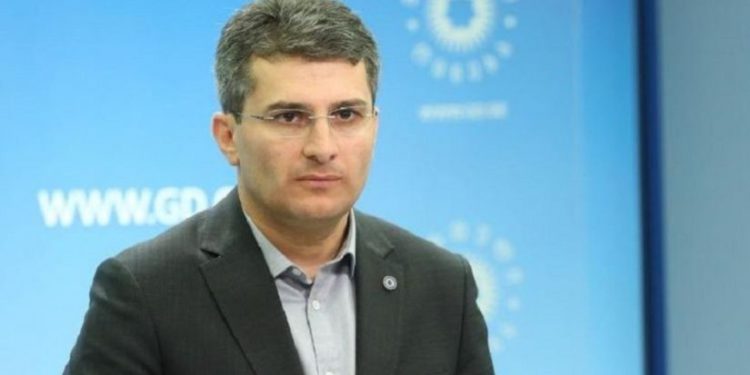 “Charles Michel spent yesterday persuading all parties that the discussions should be constructive, and today, on the contrary, we have seen an extremely destructive move from the opposition.” – Mamuka Mdinaradze

The Chairman of the Georgian Dream faction, Mamuka Mdinaradze, held a briefing today, March 2, where he stated that discussion about early elections did not take place at the meeting with the opposition which was mediated by the President of the European Council Charles Michel.

Mdinaradze calls the behavior of the opposition destructive. “Yesterday, Charles Michel spent the day persuading all parties that the discussions should be constructive, and today, on the contrary, we have seen an extremely destructive move from the opposition,” said the Georgian Dream chairman.

Mdinaradze positively assessed the mediation meeting and noted the opposition was constructive at this meeting. However, his statement said: “Opponents who came out of yesterday’s meeting tried to speculate and convince the public that there was talk on early elections. On the contrary, there was no conversation around this issue. It is only if they get involved in the work of the commission and find at least a 1% deviation in favor of the Georgian Dream. In any other case, I would like to assure Georgian society that on the contrary, this issue was pushed to the side and the talk was on us finding crossing points that will eventually lead to good results for the country and force all parties to put state interests above party interests.”