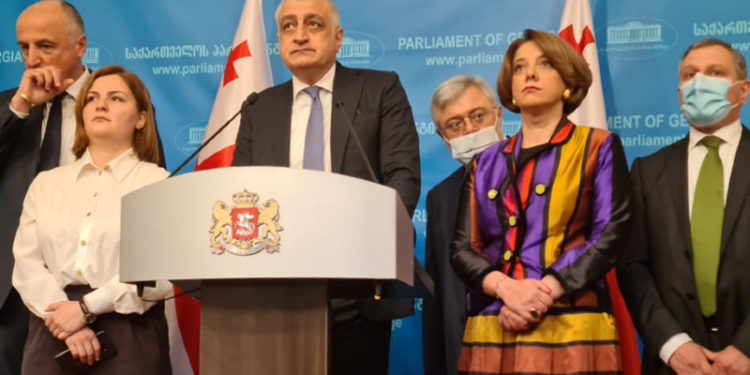 A new faction will start functioning in the Parliament of Georgia, called Lelo – Partnership for Georgia, Mamuka Khazaradze, the leader of Lelo, said at a briefing in Parliament on Thursday.

Besides the members of Lelo, MPs Salome Samadashvili, Armaz Akhvlediani and Shalva Shavgulidze will be in the faction.

“I believe we all understand that today is a new, very important stage in the political history of our country. We must leave behind the worst political crisis that has deprived the country of a chance for development, and we must prepare to defeat the Georgian Dream in the local elections. Then we will say goodbye to the oligarchic regime once and for all through early elections,” said Salome Samadashvili.

On May 13, Salome Samadashvili officially left the ‘United National Movement,’ noting that she had been waiting for the party chairman Nika Melia to be released from prison.

“Nika Melia understands my arguments and we remain friends,” she said.

At this stage, it is unknown whether former UNM Chairman Grigol Vashadze and former European Georgia Leader Davit Bakradze will join the new fraction.

“I will work in the Parliament as a non-partisan, independent MP,” Bakradze told journalists.

He said he will co-operate with the opposition in the Parliament, but does not plan to join any of the factions.