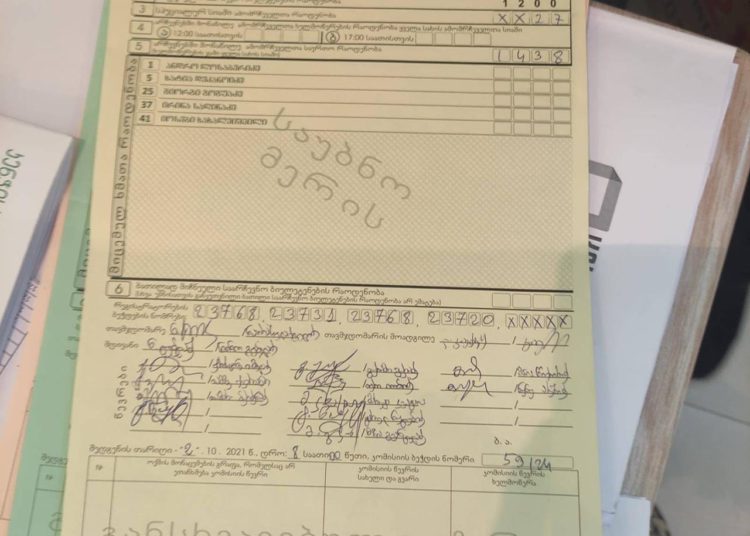 “Systemic and serious violations take place in Kutaisi polling stations. At the 37th precinct, a member of the commission was caught throwing ballot papers in a box. Money was distributed at the 95th polling station. At the 124th polling station, the summary protocol was pre-signed by members affiliated with the Georgian Dream. Gabunia, the Deputy Minister of Infrastructure, who is involved in the distribution of financial resources, was spotted at the same 124th precinct. I want to tell him what he is doing, it is a criminal offense and I call on the relevant agencies to turn on the surveillance and turn on the precinct. This is a crime and this is shameful,” Dekanoidze said.