Kelly Degnan: There Was Never Talk about Involving Georgia in Russia’s War Against Ukraine 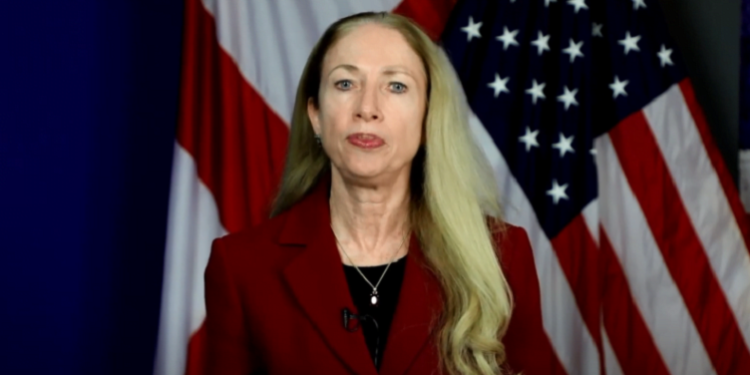 US Ambassador to Georgia Kelly Degnan commented on former Prime Minister of Georgia, founder of Georgia­­­n Dream Bidzina Ivanishvili’s statement in an interview with InterPressNews noting normally they do not talk about private meetings in the press, but as Mr. Ivanishvili has confirmed, Degnan last met with him on March 21.

“When Mr. Ivanishvili and I met, it was in the capacity of discussing the U.S.-Georgia partnership and the United States’ efforts to support Georgia’s economic, security, and democratic development. Let me be absolutely clear, so no one will have to ask again: there was never talk about involving Georgia in Russia’s war against Ukraine, or about “blackmail” or actions to stall the transfer of Mr. Ivanishvili’s money. I would refer you to him or the banks involved regarding questions on these topics.

When the United States imposes financial sanctions, we announce them publicly. There is a searchable list on the Treasury Department’s website where banks, media, and the general public can check who is and isn’t subject to financial sanctions. Any discussion of Swiss bank accounts is frankly a distraction from the important work at hand. As Mr. Ivanishvili noted in his July 27 statement, this is a private matter between him and his financial institution,” Degnan stated.

In his statement, Ivanishvili claims that “certain forces actively tried to drag Georgia into the war, and this goal is still relevant today – the ruling team worked well and overcame the first stage of the threat of war.”

In his statement, Ivanishvili says that the ongoing dispute between him and the Swiss bank is directly connected with ongoing processes in Georgia and notes that “it doesn’t matter on what he planned to spend the funds frozen by the Swiss bank.”