Kelly Degnan On Reforms: Next Six Months will be Important Opportunity to Get Started. There’s No Time to Waste 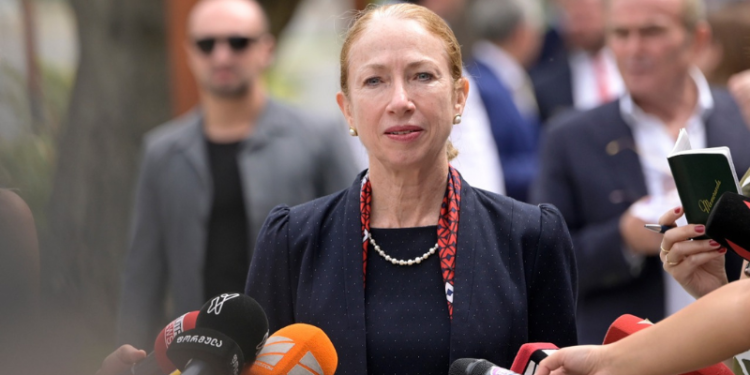 She noted that the people of Georgia want these reforms to move through quickly so that Georgia can be ready for European Union membership status.

“The United States stands ready and willing to help in any way with this process. The next six months will be an important opportunity to get started. There’s no time to waste and there are many stakeholders: the people, civil society, opposition parties, and some members of the government as well, who are standing ready to get started on these recommendations. Everyone wants to see a very positive report for Georgia by the end of the year—before that, if possible, but by December most certainly,” stated Degnan.