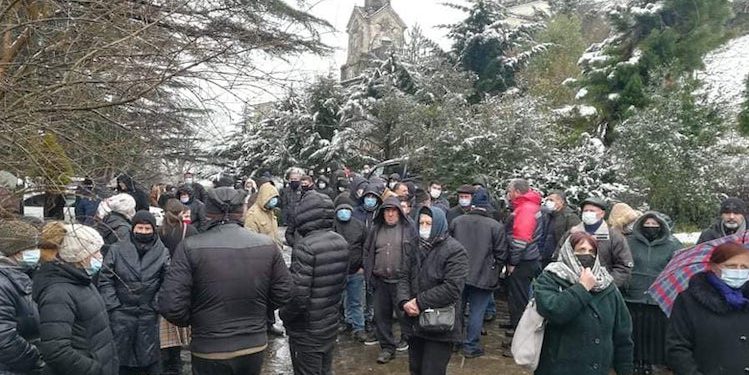 In Chkondidi Diocese, a wooden balcony railing collapsed while journalists were trying to film a physical confrontation between clergy. Up to ten people fell from a height of several meters, mostly media representatives.

A meeting was held between the clergy at the residence of the Martvili Diocese, and supporters of the former Metropolitan of Chkondidi, Petre Tsaava, were gathered outside.

The situation became tense after Metropolitan Stefane (Kalaijishvili) of Chkondideli suspended two deacons from priesthood, and one Deacon was given a final warning.

Six patients were admitted to the Evex clinic. One of the injured requires additional checks and needs to be transferred to a multidisciplinary clinic. The condition of 5 patients is stable and their examinations are continuing, Netgazeti reports.