Jaroslav Kurfürst on Georgia Saving Face in the Western Arena 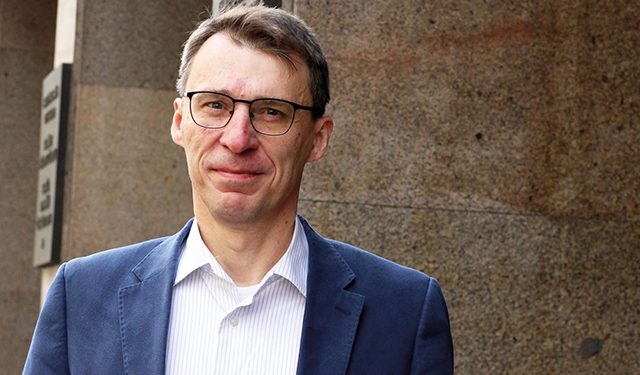 On July 22, Jaroslav Kurfürst, a long-time career diplomat and former ambassador to Belgium, took over the position of deputy director of the Section of the European Ministry of Foreign Affairs.

Ambassador Kurfürst also works in the academic sphere, where, among other things, he focuses on the geopolitics of the transatlantic space and the geopolitical thinking of Russia.

Radio Free Europe’s Georgian Service sat down with Kurfürst to discuss these very topics, and Georgia’s place in them.

What does the Czech EU Presidency spell for Ukraine, Moldova and Georgia from the enlargement and European integration perspective?
I used to be a special envoy for the Eastern Partnership, and we were always telling our friends and partners that asking associated countries, Georgia, Moldova, and Ukraine to fulfill the EU criteria and standards without providing them with the European perspective was not a tenable strategy. If you really want someone else to observe the rules of the club, you need to open the door of this club; you need to make membership in that club possible for them. That was before the attack of Russia against Ukraine. And what happened since is a revolutionary change. The candidate status has been granted to Ukraine and Moldova and, conditionally, the European perspective very clearly to Georgia. And if Georgia is able to credibly fulfill all the requirements set out by the EU, then it will also get the candidate status. Now the ball is on the side of Ukraine, Moldova and Georgia. Ukraine got seven conditions, steps needed to be done. In Moldova, it’s nine. And in Georgia, 12.

An earlier speech of yours suggested that you doubt Georgia’s capability to deliver.
Well, we see systemic problems in Georgia, problems in the democratic debate between the government and the opposition, the polarization of the political scene, so deep that it’s prohibiting, passing that kind of huge legislation. There are question marks over the politicization of the justice system. But we are longtime friends of Georgia, we would love to see Georgia moving towards fulfillment and “catching the train” with candidate status.

What constitutes credible and non-credible steps forward here?
You can have the so-called legislator storm, quickly put together a formal legislation, but then you don’t implement it. There are small windows of how to escape the implementation. That’s something we don’t want to see from Georgia.

Legislation is not just the declaration, it should change the system towards a better functioning democracy, towards the rule of law. So, basically, it should not be a formal fulfillment of the conditions, but genuine.

The deadline on that is very much up to the Georgian side, but it won’t get candidate status until it credibly fulfills all 12 conditions.

Suppose Georgia turns things around tomorrow. Are you saying the EU skeptics won’t say that it’s too soon? Before the Ukraine War, the most popular excuse for refusing entry was that the EU has “enlargement fatigue.” Did this fatigue disappear?
This fatigue is now not a topic anymore. There is a window of opportunity now, but it’s very clear that the credibility of the process does not mean that we will just waive the rules of the club, that they should not be respected. An enlargement should reinforce the EU, not weaken it. There will be difficult stumbling blocks on the way, the process might be long, but I believe it will be crowned with memberships.

The window of opportunity is open for these countries. We need to focus on the credibility of the process not only from our partners’ side, but also from the EU. We need bigger courage in the EU, and a sort of delivery guarantee for those candidate countries that are ready to contribute to the EU and enlarge the internal market.

Of the steps that Georgia needs to make, deoligarchization has almost become a Monty Python sketch, with both sides pointing fingers at each other. Can you shed light on what the EU is demanding from us?
I’ll not point fingers, but I think what is meant by deoligarchization is quite clear. What kind of democracy is one where he who has more money buys more media, buys more deputies, buys more influence? This is not about ideas, about benefiting the people, but about benefiting one person, or individuals.

You said: “For Russians fleeing the mass mobilization, our doors are closed.” In Georgia, those doors remain open. What do you think is the difference between the two approaches?
It’s up to the Georgian government how to cope with it. I can describe the Czech position. The number one argument for us is that these people are not necessarily democrats. Yesterday, some of them had the Z sticker on their cars. They just don’t want to die, it’s as simple as that. Second, they can create a diaspora, and if you create a diaspora, then you can create a reason for a “liberation” of the Russian speaking population. We are giving humanitarian visas to those democrats who are escaping the Russian regime. We are open for, let’s say, free media, people who are oppressed, but we aren’t open for the masses of Russians flocking to Czechia, absolutely not. Some would say, “so you let these people go to the front and shoot Ukrainians?” It’s a fair argument. But the reservoir of the mobilized people in Russia is 3 to 5 million people. So if you even open the door for some, it is just a drop in the ocean.

Maybe these people who are unwilling to fight there will go but not be the most motivated soldiers on the front. I say it’s better they cross the line on the battlefield than just sit in the car and run away.