Ivanishvili’s Statement and the Responses 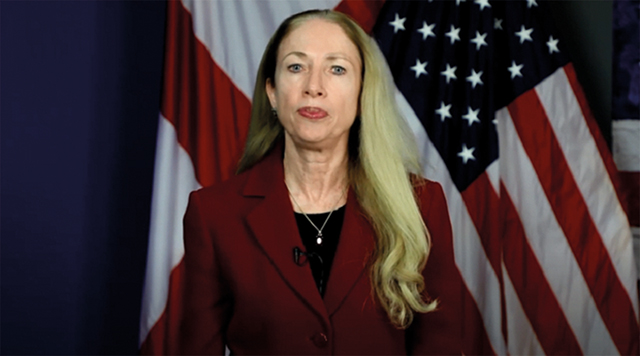 Former Prime Minister of Georgia, founder of Georgian Dream, Bidzina Ivanishvili released a statement this week amid the straining of political relations among Georgia’s ruling party and the West.

Ivanishvili confirmed that a meeting took place between he and the US Ambassador to Georgia, Kelly Degnan, on March 21, at the Ambassador’s request and “lasted about three hours”.

“First of all, I want to once again express my deep respect for Georgian society, which has repeatedly proven that it is loyal to European values. 30 years after the restoration of independence, the Georgian people have shown once again that dignity, freedom and independence are their most important values,” he wrote. “At the same time, Georgian society has proved to everyone that despite its short democratic experience, it has the wisdom to deal with the most difficult challenges with dignity.

“It has been a year and a half since I informed the public about my decision to leave politics, and since then, I have fully observed my own decision. During this entire period, I published only one public statement, and that was only to give no-one the opportunity to speculate on my behalf. I didn’t want my factor to have any influence on the political processes, and that was and is the reason for my complete distancing from the public space.

“At the same time, as a child of this country and one of its supporters, I naturally follow the events in Georgia with all my attention. Against the background of the most difficult political situation in the region, Georgia and its ruling team had to go through very painful processes during the past months and are still having to go through them. The situation for Georgia and its government is complicated by the fact that certain forces actively tried to drag Georgia into the war, and this desire and goal of theirs, unfortunately, is still relevant today.

“Despite the greatest difficulties, the ruling team worked correctly, took a correct and principled position, and the main difficulty, the first stage of the threat of war, has already been overcome. Thanks to these efforts, the immediate threat of Georgia being drawn into the war has been neutralized as much as possible. However, I would like to point out here that until the end of the war in Ukraine, certain risks still remain, and both the government and the public should be extremely careful so that Georgia can finally avoid a fatal war,” Ivanishvili noted.

“However, today, with the immediate threat of war neutralized as much as possible, I believe the ruling team has the opportunity to largely shift its attention to another most important priority and to ensure that Georgia’s relations with its strategic partner, the United States of America and the European Union, are not damaged.

“As for my personal problem, which arose in the relationship with the Swiss bank and is still relevant today, I believe that it has a direct connection with the ongoing processes in Georgia. However, due to the fact that Georgia has practically overcome the difficult situation and the immediate threat of war has passed, I prefer to leave the relationship between me and the Swiss bank as my personal problem and not bother the public with it too much. It doesn’t matter on what I planned to spend the funds frozen by the Swiss bank – for private purposes or for public needs. I prefer that society considers the problem created by the bank as my personal problem in all cases. My lawyer made relatively detailed explanations on this case and will do so in the future too.

“The most important thing for me is that Georgia can finally get out of the most difficult situation properly and maintain peace, and I will take care of my personal issue myself and will not try to overburden society with this problem.

“Finally, since a question was publicly raised about a meeting held between me and the American Ambassador after the start of the war in Ukraine, I would like to explain to the public that such a meeting did take place at the request of the Ambassador on March 21 and it lasted for about three hours,” reads Bidzina Ivanishvili’s statement.

Gakharia: We’ve Reached the Point When the Country’s Future is Being Traded Out of Personal Interests

The leader of the ‘For Georgia’ party, Giorgi Gakharia, responded to Ivanishvili’s statement, noting, “We have reached the point when the future of the country is being traded out of personal interests.”

“It has come to this. It’s all unfortunate. We have reached the point when the future of the country is being traded out of personal interests, and that’s how myths are shattered,” Gakharia told journalists.

Kavelashvili on Meeting between Ivanishvili & Degnan: A Second Front Should Have Been Opened

MP Mikheil Kavelashvili, who left Georgian Dream a few weeks ago, said of Bidzina Ivanishvili’s letter: “It is clear to me what would have been discussed – the second front that should have been opened and, since pressure on the government failed, they probably considered it necessary that since Ivanishvili is the founder of this party, he might have an influence on the government, that ‘maybe we can use this person to exert pressure.”

In response to a clarifying question – when he talks about pressure, does he mean pressure from Kelly Degnan – Kavelashvili answered ‘yes.’

Kelly Degnan: There Was Never Talk about Involving Georgia in Russia’s War against Ukraine

US Ambassador to Georgia Kelly Degnan commented on Ivanishvili’s statement in an interview with InterPressNews, noting that normally they do not talk about our private meetings in the press, but as Mr. Ivanishvili has confirmed it, Degnan last met with him on March 21, “some time ago.”

“When Mr. Ivanishvili and I met, it was in the capacity of discussing the US-Georgia partnership and the United States’ efforts to support Georgia’s economic, security, and democratic development. Let me be absolutely clear, so no-one will have to ask again: there was never talk about involving Georgia in Russia’s war against Ukraine, or about “blackmail” or actions to stall the transfer of Mr. Ivanishvili’s money. I would refer you to him or the banks involved regarding questions on these topics.

“When the United States imposes financial sanctions, we announce them publicly. There is a searchable list on the Treasury Department’s website where banks, media, and the general public can check who is and isn’t subject to financial sanctions. Any discussion of Swiss bank accounts is frankly a distraction from the important work at hand. As Mr. Ivanishvili noted in his July 27 statement, this is a private matter between him and his financial institution,” Degnan stated.