ISET Agri Review | December 2021: The Sector at a Glance

During the last ten years, the Government of Georgia (GoG) has continuously subsidized grape, apple, and tangerine production throughout the country. Under the present tangerine subsidy program budget, 900 thousand GEL will be spent subsidizing ‘non-standard’ tangerines (relatively low-quality fruit). This subsidy program started on 25 November 2021 and will last until 1 February 2022. In which there will be 10 tetri state co-financing per 1 kg of non-standard tangerines. Given that enterprises will also pay 10 tetri, the final price of processing tangerines will be 20 tetri/kg. As the statistics reveal, non-standard tangerines comprise around 16-17% of the total harvest.

Currently, at least 50% of tangerines produced in Georgia are exported to neighboring countries – mainly Armenia, Russia, and Azerbaijan – though, as the trade data shows, export quantity and value over the last two years has declined significantly, while exports price rose, at least in nominal terms.

The sector was also subsidized last year, however declining trends were sustained not only in trade but additionally in production. As for 2021, the current harvest is expected to be significantly larger, reaching 70 thousand tones.

In spite of the positive expectations regarding the 2021 harvest, over the 2006-2021 period, the overall trend for production is declining.

This is explicable due to unfavorable weather conditions in certain years; a stink bug invasion in 2015 and the long-lasting negative impact on the sector; and a high dependence on post-Soviet markets, where quality standards in some cases are relatively low compared to European markets, amongst other factors. Yet another contributor might be producers’ willingness to switch to higher value-added crops.
The subsidies might also negatively affect the sector as they reduce farmers’ willingness to improve quality and thus become more competitive.

PRICE HIGHLIGHTS
DOMESTIC PRICES
On a monthly basis, the country’s price levels rose between September-November 2021. The Consumer Price Index (CPI) increased marginally in November, by 0.61%, compared to October of this year. While in October, prices increased by 1.3% from the previous month. The corresponding month-over-month price increase was 0.2% in September.

Between September-November 2021, the price for food and non-alcoholic beverages, measured by the Food Price Index (FPI), also exhibited an upward trend. In November, food prices rose slightly – by 0.6% from the previous month. While in September and October the corresponding month-over-month price changes were 0.2% and 3%, respectively.

From an annual perspective, the CPI continued to increase from September-November 2021. This September, the CPI grew by 12.3% compared to September 2020; while the corresponding YoY changes were 12.8% and 12.5% for October and November 2021.

In November 2021, the year-over-year prices for food and non-alcoholic beverages also grew significantly, by 17%, contributing 5.35 percentage points to the change in total CPI. The main drivers were the price increases in the following sub-groups: oils and fats (+27.7%), vegetables (+26.2%) and bread and cereals (+20.4%).

SPOTLIGHT
Over the last year the price of food and non-alcoholic beverages has been increasing; mainly due to international market trends that reflect concerns over decreased production, as well as COVID-19 pandemic restrictions. In addition, trade restrictions imposed by Georgia’s major import partners have placed additional upward pressure on food prices. The prices increased most notably within the following categories:

Oils and fats – In this category, the price of sunflower oil exhibited the largest year-over-year rise of 40.8% in November 2021. Such sharp increases in the price of sunflower oil were driven by trends on the Russian market (Georgia imports around 90% of the oil from Russia). Earlier this year Russia increased its export tax on sunflower seeds and oil to cope with domestic food inflation. The country’s trade-restrictive measures thus fueled further price gains for sunflower oil in Georgia.

Vegetables – In November 2021, prices increased for all products within the vegetable sub-category. The largest price increases were observed for cabbages (96.7%) and eggplants (74.8%). According to trade statistics, from January-November 2021, the export value of vegetables (26.4 mln. USD) was three times higher than the same indicator in January-November 2020 (8.7 mln. USD). While the value of imported vegetables in the corresponding period decreased by 11%, from 35.6 mln. USD to 31.5 mln. USD.

Bread and cereals – In this category, prices for wheat flour and wheat increased the most in November 2021, by 22.8% and 22.9%, respectively. As with sunflower oil, Russia is the main wheat supplier for Georgia and thus the country’s trade-restrictive measures (e.g., increased export tax) have influenced swelling prices in the bread and cereal category. Prices may also increase further as the export tax burden on Russian wheat is increasing, alongside anticipation of a wheat production slowdown in the country (Figure 2).

INTERNATIONAL PRICES
Between September-November 2021, international prices exhibited an upward trend on an annual basis. In November 2021, the Food Price Index, measured by the Food and Agriculture Organization (FAO), increased drastically (by 27.3%) compared to November 2020.

The November increase in FPI was driven by strong increases within the vegetable oil (51.4%) and sugar (37.9%) sub-indices. Such a sharp leap in the cost of vegetable oil was driven by rising palm oil prices, due to anticipation of production slowdowns in the major producing countries. Meanwhile, the heightened sugar price was driven by greater ethanol prices that led to the additional use of sugarcane for ethanol production in Brazil – the world’s largest sugar exporter.

Overall, there is an increasing trend for both exports and imports, even when compared to the pre-pandemic levels, though the share of agricultural trade in total international trade has declined.

During the last decade, the overall and agricultural exports in Georgia have been characterized by an increasing trend. Although the country has improved its export performance, export-oriented companies from Georgia and the South Caucasus in general are rather short-lived on foreign markets as, according to the World Bank (2018), the chance that Georgian firms will remain active on foreign markets after the first export year is 39.5%, after two years – 19.9% and after five years – 5.5%. As data shows Georgian exports are mostly intended for household consumption and the share of exported primary and processed food and beverages for industry use is rather small.

This state program involves a public offering of state-owned pastures, via auctions, in order to promote the rational use of land through private ownership and increase land availability. Within the framework of the program, a total area of 89,905 hectares of state-owned pastures have been considered for privatization. The eligibility criteria include individuals or legal entities, including agricultural cooperatives, as well as partnerships that have selected leased pastures and, at the same time, possess a sufficient number of cattle for the effective use of leased pastureland when applying.

For more information follow this link: https://mepa.gov.ge/Ge/News/Details/20513
Georgia aspiring to become a country focused on waste prevention and recycling

The Ministry of Environmental Protection and Agriculture (MEPA), together with the Caucasus Environmental Non-Governmental Organizations Network (CENN) and with the support of the Norwegian Ministry of Foreign Affairs, has developed a National Plastic Waste Prevention Program that aims to help Georgia become focused on waste prevention and recycling. The document includes a 10-year strategy and a 5-year action plan outlining specific steps on how to implement circular practices in the plastics management sector; in which priority is given to the prevention, reuse, and recycling of plastics. 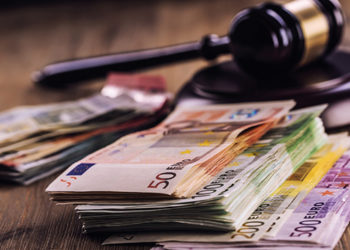 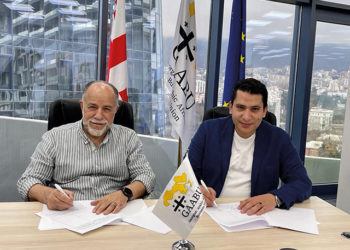 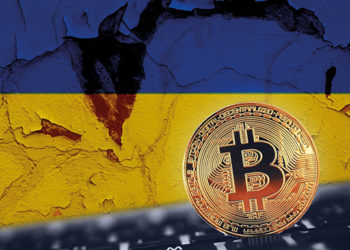