Is NATO Already in a Conflict with Russia? 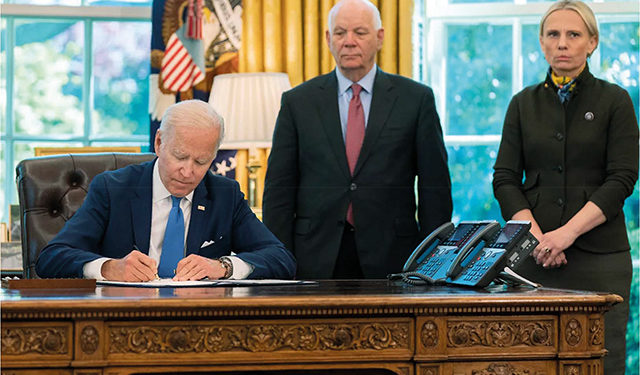 While a war of words escalates between Brussels and Moscow, it is rapidly becoming apparent that militaries in Europe are becoming more kinetic. NATO, once a force only dedicated to small peacekeeping-type operations and assistance missions, is now facing the prospect of being on the frontlines. With Ukraine locked in heated combat with the Russians, recent events from both Western and Russian sources paint an eerie picture along NATO’s eastern front.

NATO officials have adamantly opposed any escalation with Russia. However, the majority of its member states have been actively arming Ukraine in its war. This is amplified by the multitude of volunteers traveling to fight for Ukraine coming from NATO countries. Evidence of this has sadly arisen from Russian sources displaying captured fighters and equipment clearly displaying non-Ukrainian documentation or insignia.

While leadership in these countries have been hesitant to either condemn or support these volunteers, little to nothing has been done to cap their growing numbers. In addition, they have been sending arms to many of the units of these volunteers via the Ukrainian government. In response, the Kremlin has vowed to destroy any NATO vehicle found in Ukraine.

In early May, Belarus announced snap military drills. While they assured that there was no threat to Europe, Ukraine, or NATO, many military leaders were not so certain. Given the warm relationship between Minsk and Moscow, officials in Kyiv have expressed concern. NATO, already mobilizing many of its rapid reaction forces, finds itself in a position it hasn’t seen since its inception 1949.

While the definition of a nation being in conflict with another may be described in various ways, it may very well describe what NATO is facing now. Of course, the alliance has yet to engage in open combat with Russia and her ally, Belarus. Despite this, there is the propensity now for both sides to meet on the battlefield.

One may see this as a type of Frozen Conflict. This relatively new term has only been used in a select group of ongoing incidents. Cornell International Law Journal says, “The expression “frozen conflict” has acquired no definite meaning and was not heard at all in State practice before the end of the Cold War.”
Russia and NATO will likely have a combative relationship as a result of this proxy war in Ukraine. While not directly engaged, it is mostly NATO arms and equipment being leveled against the Russian military machine. As a result, it is not a far connection to draw between the two coming to blows, as the only difference is that the finger pulling the trigger is Ukrainian rather than a NATO nation’s.

This war by proxy lends itself to the thought that NATO is in fact already at war with Russia. With many NATO nations arming themselves, calling on reserves, and sending units to forward deployed positions, it’s hardly a difficult picture to paint. These NATO multinational battlegroups, while having existed for years prior to recent events, bring a curious eye when their numbers are observed.

According to NATO, prior to Russia’s annexation of Crimea, there had been no plans to deploy these battlegroups. It was only in 2016 and 2017 that NATO authorities agreed that placing additional forces in the Baltic states of Latvia, Lithuania, and Estonia would be a prudent move against rising instability in the east.

The three nations were assessed as being particularly vulnerable due to their proximity to Russia, as well as the only land route to the trio being through the Suwalki Gap. This gap is between the Russian territory of Kaliningrad and Belarus and connects Poland to Lithuania. In the event of open warfare, this would be the only means of overland support to the Baltic countries, as they would be cut off and isolated by Russo-Belarusian forces.

The recent applications sent by Finland and Sweden stand to extend this NATO front in the northern direction. Additionally, their inclusion will make the Baltic Sea a so-called “NATO Lake.” With this control, it would remove the Suwalki Gap as being the primary support route to the Baltic States. It would also stand to close off the usability of the Kaliningrad and Saint Petersburg naval assets for effective use against NATO navies.

Both of these potential new members bring with them significant military power. Since the end of the Cold War, neither has been shy from investment in military power and civil defense. In the event of open war, they would not only be able to resist an invasion, but would be able to threaten key military and civil infrastructure within Russia itself. The Kola peninsula, riddled with military installations and the only port available year-round, would be in dire threat of being cut off.

Running north-south along this peninsular region is a military highway and support railway. This support route, known as the Murmansk Corridor, runs from the aforementioned city in the western Kola peninsula down almost 700 kilometers. If a NATO force in these Scandinavian allies threatens, Russia loses the ability to support a significant amount of naval, air, and even nuclear capabilities in its northern region.

With these dangers carefully calculated, the Kremlin has not been silent in its objections. Russia has threatened action if these nations are added to the alliance, though these likely come from a place of insecurity. Former President of the Russian Federation and Deputy Chairman of the Security Council of Russia, Dimirty Medvedev, said in a statement, “If Sweden and Finland join NATO, the length of the land borders…will more than double. Naturally, these boundaries will have to be strengthened.”

These actions may not mean war at the tactical or operational level, but the movements almost mirror the grand strategic movements of a large scale conflict. Russian missile forces have already been seen via open sources online maneuvering near the city of Vyborg, near the Russo-Finnish border. It seems many of the pieces of the Russian and NATO game are coming into place.

War for NATO may not, and hopefully will never, mean open combat with a near-peer such as Russia. However, a more modern and nuanced meaning of the word may mean that traditional weaponry need not be used as with wars of yesteryear. Economic, cyber, logistical means, coupled with geographic positioning to pressure an enemy into a position of incapacity, may be the new future of NATO’s strategy to defeat Russian aggression on the continent.