Based on today’s new survey by the International Republican Institute (IRI), former Prime Minister Giorgi Gakharia is the most rated politician, while the majority of respondents, 89%, are of a favorable opinion of the Catholicos-Patriarch.

Former Prime Minister Giorgi Gakharia is in second place, with 65% of respondents having a favorable opinion towards him. Gakharia is followed by Tbilisi Mayor Kakha Kaladze with 54%. 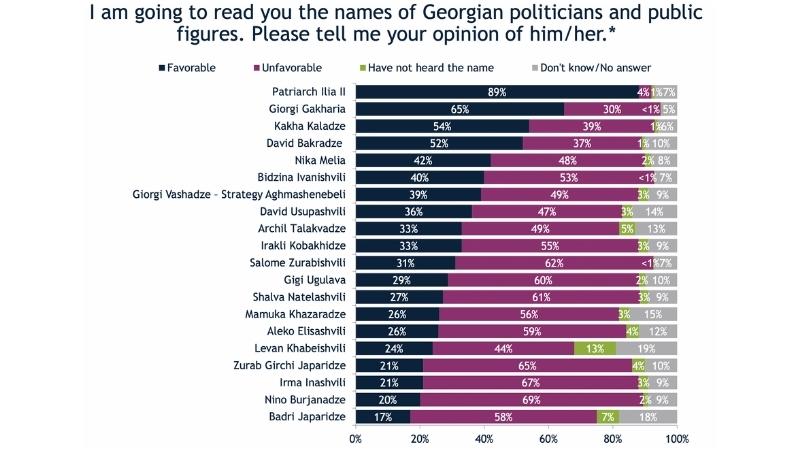