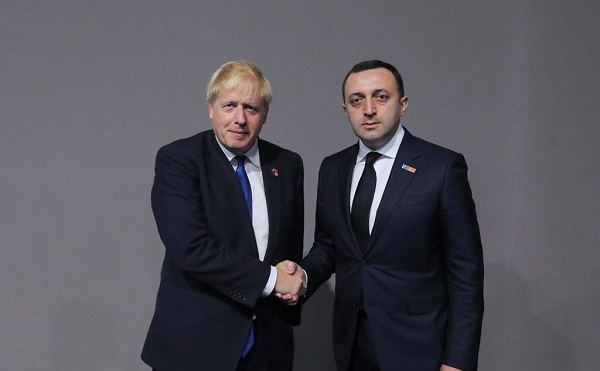 The press service of the Government of Georgia reports that the strategic partnership between Georgia and the United Kingdom and the close friendly relations between the two countries were the main issues of the meeting between the Prime Ministers.

Irakli Garibashvili met with Boris Johnson during his visit to Madrid.

Georgian PM thanked the Prime Minister of the United Kingdom for his unwavering support for Georgia’s sovereignty, territorial integrity and Euro-Atlantic integration, and expressed hope that the partnership would further deepen in the wake of democratization and reform.