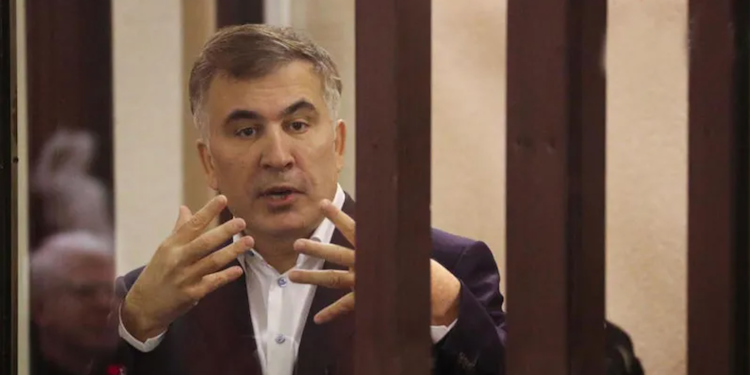 Imprisoned ex-president Mikheil Saakashvili on Monday dismissed his lawyer Valeri Gelbakhiani’s claims regarding his possible poisoning and claimed that he has never told such a thing to any of his lawyers.

“I have never told any of my lawyers that I suspect poisoning – speculations on this topic are irrelevant,” he wrote on social media.

He also notes that his health has worsened in the last two months.

“I would like to thank the medical community for their support. I really appreciate their professional support. My health is really getting worse and it has gotten worse in the last two months. Vivamedi doctors do not spare efforts. It is important to trust specialists and there is no need to over-politicize this issue. Once again, thank you very much to everyone,” Saakashvili said.

Earlier on Friday, Saakashvili’s lawyer Valeri Gelbakhiani claimed that the former president of Georgia has been poisoned.

As the lawyer explained, he spoke on the basis of the conclusion of foreigners. According to him, Mikheil Saakashvili himself had suspicions about poisoning a long time ago.