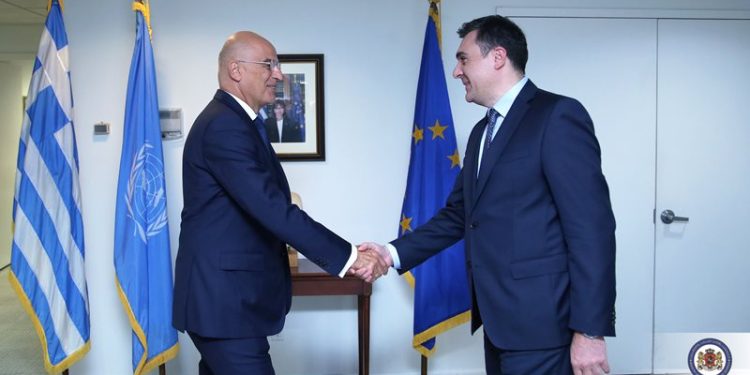 The Georgian side welcomed Greece’s strong support for the sovereignty and territorial integrity of Georgia, as well as for its European and Euro-Atlantic integration course.

Talking about the agenda of bilateral cooperation, attention was focused on such areas as trade and economy, culture, tourism and people-to-people contacts.

The ministers emphasized the great potential for the development of relations and noted the importance of intensifying close communication at the highest level.

The Ministers exchanged information on the security environment in the region. Darchiashvili invited his Greek colleague to Georgia for an official visit and thanked him for his support of Georgia.