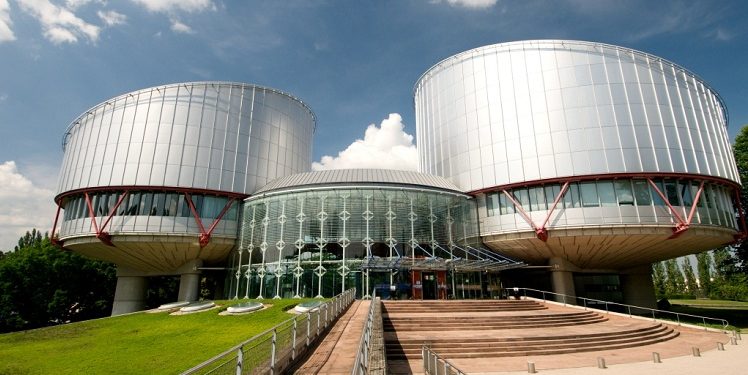 Karim A.A. Khan KC, Prosecutor of The Hague-based International Criminal Court (ICC) announced that his office concluded the investigation phase on the Georgia issue, which looked into crimes against humanity and war crimes in the context of an international armed conflict between 1 July and 10 October 2008, though work continues over the case of persons the investigation of which resulted in issued warrants of arrest.

As part of the investigation, three arrest warrants were issued for de-facto South Ossetian officials. Evidence against one Russian Army Major-General was collected, but he died in the meantime, so no warrant was issued.

The Prosecutor began the investigation on 27 January 2016, following the completion of the preliminary examination which commenced on 14 August 2008.

The Prosecutor also said he stands ready to continue work with and alongside the Georgian authorities, survivors, the families of victims, and civil society in the task that “lies ahead.”

“On 27 January 2016, my Office  opened an investigation in the Situation in Georgia in relation to crimes against humanity and war crimes within the jurisdiction of the International Criminal Court (ICC) in the context of an international armed conflict between 1 July and 10 October 2008.  This followed the completion of the preliminary examination in relation to this situation which had commenced on 14 August 2008.

“Since the opening of the investigation, my Office examined evidence related to alleged crimes committed by all parties to the armed conflict. It carried out its work in an independent, impartial and objective manner, in partnership with survivors, civil society, and relevant national authorities.

“These investigations resulted in warrants of arrest being issued, on 30 June 2022, by Pre-Trial Chamber I, against three suspects: Mr Mikhail Mayramovich Mindzaev, Mr Gamlet Guchmazov and Mr David Georgiyevich Sanakoev. The charges that I had brought, and for which arrest warrants were issued, focus specifically on unlawful confinement, torture and ill-treatment, hostage taking and subsequent unlawful transfer of ethnic Georgian civilians in the context of an occupation by the Russian Federation.  As I stated at the time of my application for these arrest warrants, these crimes are representative of a wider pattern of criminality which included the widespread looting and destruction of Georgian villages and homes and the denial of the right of return of almost all of the Georgian population of the Tskhinvali region.

“The suspects are among those most responsible for these alleged crimes. The investigation also uncovered the alleged role of Mr Vyacheslav Borisov, Major General in the Armed Forces of the Russian Federation and Deputy Commander of the Airborne Forces at the time of events, who is believed to have intentionally contributed to the execution of some of these crimes, and is now deceased.

“Today I can confirm that, beyond the cases pending before the ICC, my Office will not pursue new lines of inquiry into the alleged criminal responsibility of other persons or for other conduct within the Situation in Georgia. Accordingly, absent a significant change in circumstances, the investigation phase in the situation in Georgia has been concluded. I have informed the Georgian authorities of this decision.

“Twenty years since the establishment of the International Criminal Court, today marks the first time my Office has decided to conclude the investigation phase of its work in relation to a Situation addressed by the Court. Taking such decisions are an essential part of articulating and implementing an effective prosecutorial strategy.

“Given the scale of criminality addressed by the ICC, it is critical that I exercise the discretion afforded to me under the Rome Statute to effectively manage the discharge of my mandate as Prosecutor. I have been clear since taking up my position: I am not willing to continue to overpromise and underdeliver for survivors and the families of victims. To achieve meaningful results, we must be robust in our analysis of how resources can be most effectively deployed to deliver the greatest impact for those affected by crimes falling within our jurisdiction globally.

“The need for situational planning and the adoption of accompanying completion strategies also reflects a growing, legitimate expectation that the Court will find ways and means to meaningfully sustain its work across multiple situations within finite means.  This imperative was also reflected in the recent Independent Expert Review process, commissioned by the Assembly of States Parties.

“The decision I take with respect to Situation completion is also not unique to our work in Georgia and will be accompanied by decisions across different situations currently under investigation, including today with respect to the Central African Republic, in relation to which I am also announcing the conclusion of the investigation phase of our work.

“Our work in the Georgia Situation is, however, far from over. My Office has and will continue to concentrate its efforts on ensuring the successful prosecution of those subject to arrest warrants.  This work, which began in recent months, has resulted in a significant increase in activity of our Office with respect to the Situation in Georgia as we seek to advance trial readiness and preserve evidence.

“Beyond effective resource management, I also believe that implementation of completion strategies can give tangible expression to the core principles of cooperation and complementarity that are at the heart of the Rome Statute system. For as much as my decision clarifies the outer scope of our intended caseload, it also provides a renewed opportunity for working collaboratively with competent national criminal jurisdictions to help reduce remaining impunity gaps – to ultimately advance the goal of supporting new cases that might, through working in collaboration, be brought before domestic courts.

“This theme is central to my vision of the complementary role of the ICC and its relationship with national criminal jurisdictions.

“With this in mind, I have already conveyed to the national authorities in Georgia that my Office stands ready to further explore ways in which a dynamic approach to complementarity can be translated into tangible action, by means of a two-way cooperation arrangement and action plan.

“This follows the official visit by ICC Deputy Prosecutor Nazhat Shameem Khan to Georgia in September this year, during which she held productive discussions with respect to our ongoing cooperation in light of the anticipated completion of the investigation phase in the Georgia Situation by my Office.

“This enhanced cooperation will include efforts from my Office to share evidence with Georgian authorities and to promote knowledge transfer, as well as collaboration in the utilisation of technical and forensic expertise and the exchange of best practices in areas such as prosecutorial strategies, information management and witness protection.

“Our engagement with civil society in Georgia will of course also continue.  To this end, my Office has engaged with civil society organisations and other stakeholders to provide further details about the decision to conclude the investigation phase in this Situation, our ongoing work with respect to the Situation, and our determination to bring the pending cases to trial.

“Complementarity and cooperation can only be effective if the ICC and States Parties work together to shoulder the weighty responsibilities envisaged by the Rome Statute and demanded by victims. My Office stands ready to continue its work with and alongside the Georgian authorities, survivors, the families of victims, and civil society in the task that lies ahead,” he said in a statement.