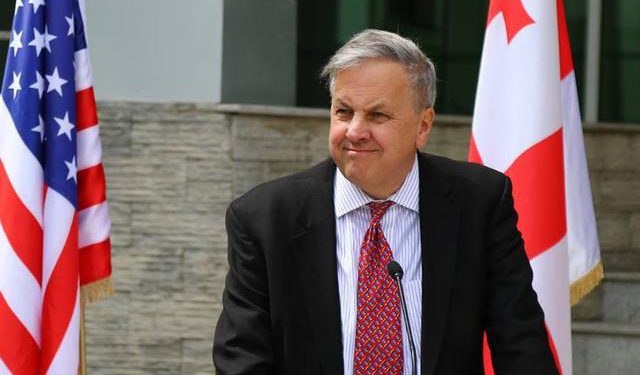 Former US Ambassador to Georgia Ian Kelly responded to the comment of Tbilisi Mayor Kakha Kaladze regarding the US Deputy Assistant Secretary of State in social media.

“Foreign policy by insult. I don’t think even Kissinger thought of that one,” he wrote.

Earlier, US Deputy Assistant Secretary of State Erika Olson said the United States is concerned that government actions have eroded some of the democratic processes. She noted that the ruling party has committed to judicial and electoral reforms and “we really want to see it follow through on those commitments”.

“What is her position? What the hell is the deputy assistant? Deputy assistant?” Kakha Kaladze, the mayor of the capital, asked in response to a question regarding the statement made by the US Deputy Assistant Secretary of State Erika Olson, adding that he does not know who this person met and what statements she makes.