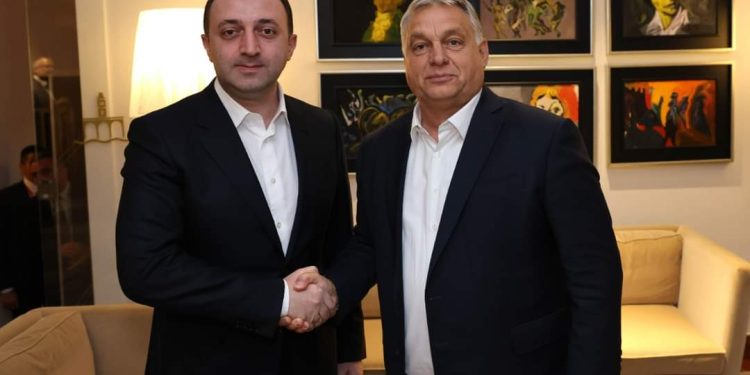 Hungarian Prime Minister Viktor Orban today called the decision made by the European Union in the summer to refrain from granting Georgia candidate status “discriminatory”.

“We see Georgia’s spirit and desire to join the European Union. We all know that a very bad decision was made in Brussels. I would say that this decision was discriminatory, when the candidate status was granted to Moldova and Ukraine, and not to Georgia. This cannot be morally justified. This is a bad decision. Our guest and his country deserve the candidate status because that country has been working very hard in recent years. This decision was disrespectful to Georgia – to the Georgian nation, the Georgian state. What will we do?! We will continue to support Georgia to get candidate status and join the European Union as soon as possible. We can do this with expert help. 16 Hungarians are working on Georgian issues within the European Union, and we are doing our best to start negotiations in this direction soon,” Orban noted.

Irakli Garibashvili was on an official visit to Budapest, Hungary. Within the framework of the visit, the Hungarian Prime Minister hosted his Georgian counterpart at a working dinner.

The colleagues talked about the positive dynamics of the development of bilateral friendly relations between Georgia and Hungary and the further deepening of cooperation.