How to Get Rich: Shout about It or Work for It? 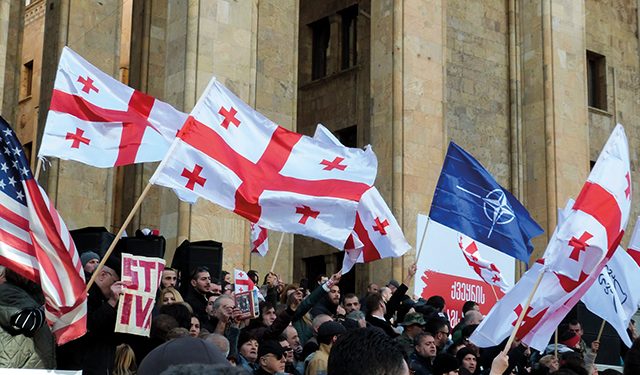 The other day, just lazing around, the idea for a very entertaining mathematical exercise popped into my mind. I went back to all public protests and demonstrations that had taken place in this country since the soviet breakup. I added them up and multiplied the average number of participants in all the various kinds of manifestations by the average hours each person had spent there on the street. Guess what? The computed figure went up into the tens of trillions of wasted work-hours. Then, having hypothetically ruminated over the time lost, I concluded that the same protesting men and women could have sent an unimaginable amount of money into the state budget had they used the wasted man-hours on building the national economy, or running their own businesses and educating themselves accordingly. Just imagine, folks, the chance for a better quality of life that has been wasted by giving preference to screams and screeches in the street instead of dedicating time to a good life and money-making fun.

Yet, it clearly feels that the people of Georgia are getting tired of this outdated model of political activity and want something new to believe in and follow. The voice of any politician, no matter how smart and experienced he or she might be, is beginning to lose its force and charisma. People are thinking better today than they did in the past. It has become difficult to make them believe in what was taken as truth a couple of decades ago. Internet, modern education, intensive exchange of information and accumulated political experience have had an effective toll on mass psychology and on individual public behavior. Screaming at street meetings has become so funny that it sooner entertains the public than has an effect on their hearts and minds.

The only thing that amazes me so tremendously is that active politicians don’t want to understand this simple truth. People have turned from actors into viewers: They would rather watch the circus than take part in it. Why? Because the public who has been watching the vain political jumps-out-of-skin for several decades, doesn’t want to be that gullible any longer, especially because they have already been through this political thick and thin numerous times already, having followed their favorite orators for many years in hopes of being led by those glib speakers to a better future.

And if we still see the crowds of moderate size in our streets, that happens only because the generations are changing and new spokespersons are being born into the national political realm who can always earn some listeners of their age who will naively believe that the most outspoken among them have the ability to lead, although with little awareness of the final destination. The newly born big mouths are ardent career builders in exactly the same way their predecessors were thirty years ago.

And yet not even one among those leaders with vociferous speeches tells their listeners to go and work and bring home some bacon. They only teach the younger generations how to fill the streets with hundreds of makeshift slogans and unlikely demands expressed in the vocabulary, heard by this nation thousands of times in the last three decades.

Generations have come of age in Georgia, preferring to be seen and heard in the streets and on the television rather than in their work places and the arenas of fruitful labor. Nobody points out to them that the polit-economical havens like the European family of nations has to be reached not via interminable shouting under the open skies, but through unending and tireless work, permanently heightening the productivity of labor, improving social behavior, communicating with each other in the western ethical fashion, ceaselessly imbibing the European culture and education, honestly working away on a daily basis as the job demands, by learning the manners of modern political interaction, and by recognizing once and for all that the genuine western life is within us, not somewhere beyond our talents and abilities. And conclusively, even if the Georgian government bends all the way backwards to do the assigned homework, our western dream will never come true unless we the people undertake our fair share of action, and do this before it is too late.