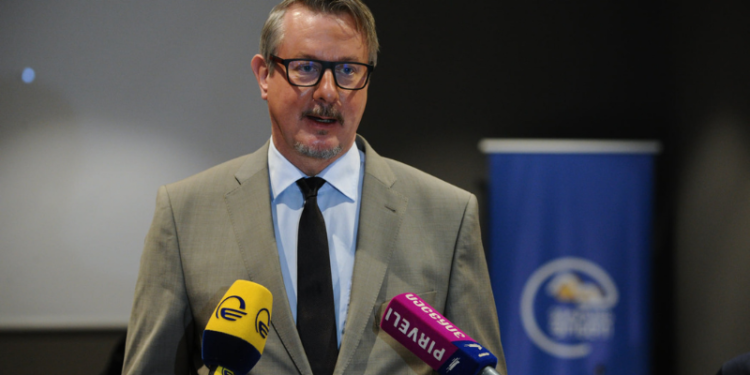 EU Ambassador to Georgia, Carl Hartzell, says that Ukraine’s military intelligence allegations are very serious and it is important that the parties continue to exchange information.

Hartzell said that Georgian authorities’ clear response was that such activities are not being carried out. He also noted that he has no information to confirm it one way or another.

The Main Directorate of Intelligence of the Ministry of Defense of Ukraine alleges that Russia is creating smuggling channels for military and other products under sanction, which will pass through the territory of Georgia, with the consent of the Georgian authorities.

The Georgian side has responded to the accusation and strongly denied the claim.

The Ministry of Finance of Georgia stated that this is a “completely unfounded and absurd accusation.”

At the meeting with Ukraine’s representative, the Georgian side expressed concern over the information spread by Ukraine on alleged secret ties between the Georgian and Russian special services and on sanctioned goods allegedly being smuggled through the Georgian territory.

It was clearly stated that the aforesaid information does not conform with reality and such claims only harm the friendly relations between the two countries.