“Gradually, Then Suddenly”: Georgia in a Post-Putin World 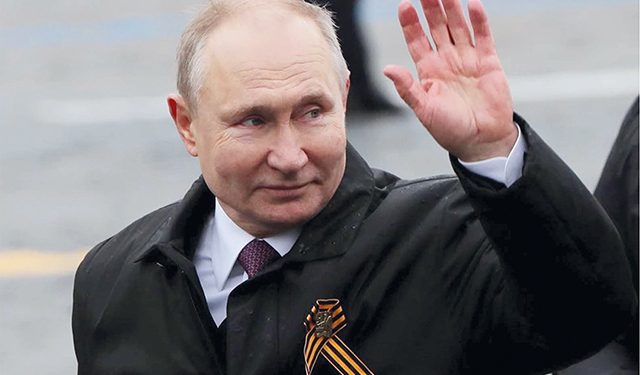 In the world before February 24, 2022, the military juggernaut of the Armed Forces of the Russian Federation was widely seen as truly indomitable. Following years of reforms, technological advancements, and recent experience in Syria, Moscow’s forces were largely viewed as second only to that of the United States. Even with the recent Ratnik and planned Sotnik reforms, aimed at the modernization of combat equipment, there is now a different view.

Recently, Russian troops have fled the battlefield around Kherson in Ukraine. Seen as possibly one of the nation’s largest ordered retreats since the First Chechen War, or maybe even WWII, it has further put into question Moscow’s position as a military leader. For Georgia, this may have monumental consequences if the losses continue to mount up for Russian President Vladimir Putin in Ukraine and the “special military operation” collapses.

While nothing is definitive, certainly, as the hellish combat continues on all fronts, it is becoming less likely that Russia will remain unscathed and be able to pull a victory from the war in Ukraine. Socially, economically, and geopolitically, the Russian Federation is losing its position as the dominant power in several regions. This shows a decline from a position of strength, a regional ‘policeman’ of sorts, in the post-Soviet space.

The South Caucasus is an example of this. Much of the conflict in the region was kept to a minimum by force of arms from the Russian bear, with the only exceptions being the 2008 invasion of Georgia and the 2020 Karabakh War. The invasion of Georgia, aimed at pinning the country under the control of Russia, and the 2020 Nagorno Karabakh war, ended by Russian military deployment, only furthering their presence in the region.

Russian failures in Ukraine have compounded, with the once-feared military being turned back from Kyiv, Kharkiv, and recently Kherson in massive routes. This collapse of martial might has made other actors in the post-Soviet space question the influence of the Kremlin in their own affairs. Leaders in Azerbaijan, Armenia, Georgia, Tajikistan, Kyrgyzstan, and others have now been left with a burning question on their minds: What happens if Russia is defeated?

This defeat may not be solely military in nature, but also geopolitical, economic, and connected to global stability as a whole. While routing Russia from Ukraine may seem too sweet to imagine for some, it could spell disaster for those banking on the Kremlin might for survival. This situation would likely mirror the collapse of the Soviet Union, where the absence of an overarching power figure led to rampant war and instability throughout the former oblasts. In the wake of a new Georgian independent republic, almost immediately conflicts with Abkhazia and South Ossetia began, the two being former independent oblasts but seen as a part of the Georgian nation, they forcefully sought to separate entirely. With refugees, casualties, and violent crime, the new age of post-Soviet freedom came not with flowers and parades, but with artillery fire and destruction.

This has also been seen more recently. On September 12, Azerbaijan launched another campaign against its historical rival Armenia. Despite a comprehensive ceasefire following the 2020 war, fighting in Nagorno-Karabakh erupted and left more than 280 people dead. However, this round of violence was different in that Azerbaijan targeted not only Armenian troops in the disputed regions, but in Armenia proper as well.

Of particular note is the response, or lack thereof, by the almost 2000 Russian peacekeeping troops deployed in the area. Video evidence showed the peacekeepers abandoning their positions and refraining from intervening. After another ceasefire was brokered by multiple international partners, it left an estimated 10 square miles (26 square kilometers) of Armenian land captured by Baku. Yerevan, infuriated at this result, made moves to invoke the security agreement of the Russian-led Collective Security Treaty Organization (CSTO).

Despite its long-term membership and evidence of the territorial gains of Azerbaijan in Armenia proper, the CSTO refused to send military assistance. Instead, what Yerevan received was a small delegation aimed at fact-finding and monitoring the situation. This event in its entirety is what some have speculated as Baku’s way of probing the region to measure the response of not only the CSTO, but mainly Russia’s appetite for conflict in the matter.

As soon as the ceasefire went into effect between the two, another conflict erupted in Russia’s backyard, in the poorly demarcated border region in the mountainous area between Tajikistan and Kyrgyzstan. While the area has long been a type of Central Asian “wild west,” with drug smuggling, occasional cross-border spats, and low simmering tension, this conflict took a new form. Unlike firefights in the past, this brought in the might of each side’s armed forces. Armored vehicles, attack helicopters, and artillery exchanged fire that saw hundreds of civilians and soldiers killed, and at least 140,000 refugees flee from the area.

Of particular note in this scenario is that both Tajikistan and Kyrgyzstan are members of the CSTO, along with other Central Asian organizations. As with Armenia, the CSTO failed to act effectively, with both coming to the table at the behest of Putin, enraged that a simultaneous meeting with Chinese President Xi Jinping had been marred and face lost. Something like this would be highly unlikely at the height of the Kremlin’s force projection days.

The potential for the disappearance of the “neighborhood policeman” that was Russia could allow the floodgates to open. For regional players like Azerbaijan, this opens the way for its forces to settle old scores with Armenia with very few players outside Turkey to reel them back in. For Georgia, this could complicate matters with the currently occupied regions.

The de-facto government in Tskhinvali, as well as much of their citizenry online, have been vocal about the need for defense against Tbilisi. Many perceive the absence of Russian and South Ossetian troops, deployed in Ukraine, as leaving them exposed to Georgia’s newly modernized military. Even Georgian members of the volunteer units fighting in Ukraine have posted videos, some going viral, calling for Tbilisi to retake the occupied territories in a “come on in, the water’s fine” move.

While the government in Tbilisi has repeatedly denied any motive to solve the issue militarily, things may not always be in their hands. The volatility of Tskhinvali needs to be factored into the equation. With Russian force projection removed from that equation, the variables become much more unpredictable for both sides.

The collapse of Afghanistan in 2021 left a geopolitical “black hole” in the region. Unlike Afghanistan, Russia is a much larger super-regional player, seeing its removal from power potentially leaving a black hole that is ten times larger, and subsequently ten times worse, for European, Caucasian, and Central Asian geopolitics and security. But this will not happen overnight.