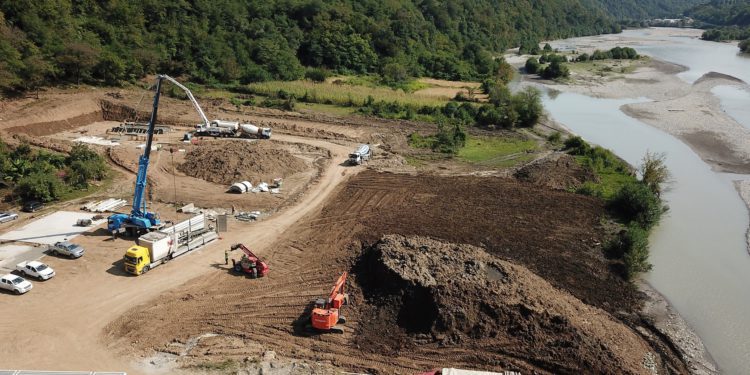 Following the continuous protests by the local population and environmental activists, the Georgian government has announced a 9-12-month Moratorium on the construction of the Namakhvani HPP dam.

“On the Georgian Government’s invitation, an authorized representative of the European Union’s Energy Union will engage in the process of mediation with the nongovernmental sector. An international expert will assess the environmental impact of the Namakhvani HPP.

“The Georgian Government will continue clarifying the agreement’s terms with ENKA. To upgrade the project, the Government will hold a meeting with the company’s management in the nearest future.

“A 9-12-month moratorium has been issued on the construction of the dam, to allow for revising and justifying anew environmental, geological, and seismological assessments.

“Presently, the company will only continue preparatory infrastructural work under the project’s initial phase, in compliance with the applicable construction permit.

“The Georgian Government assures the participants of the protest rally and all stakeholders of its commitment to continuing the process in the form of dialogue, as part of which each contractual term will be reviewed to answer all possible questions.

“The police will also remove additional barriers from the territory adjacent to the Namakhvani HPP and will reduce the number of law-enforcement officers on the ground. Only a necessary number of police officers will remain in the territory in relation to safety considerations.

“In coordination with the police, protesters will be allowed to voice their protest, hold rallies, and choose campsites – all in compliance with the law,” reads the statement released by the government administration.

The Namakhvani HPP is being built in the Tskaltubo and Tsageri municipalities north of Kutaisi by a Turkish construction firm, Enka Renewables. Despite the strong local resistance, the construction works were still underway to date. The criticism surrounding the ongoing project is actively supported by green activist groups.

Related Story: Goletiani: Deadline for Gov’t to Act Is Almost Over