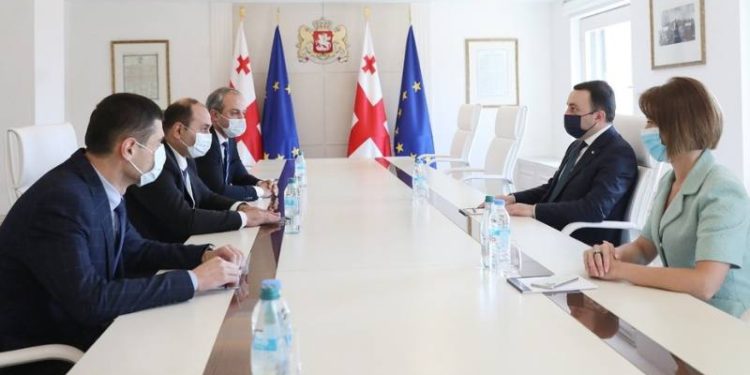 Giorgi Urushadze has been appointed State Representative in the Guria region  Prime Minister Irakli Garibashvili held a working meeting with the newly appointed and former governors, Minister of Internally Displaced Persons from the Occupied Territories, Labor, Health and Social Affairs Ekaterine Tikaradze, and Leri Barnabishvili, Head of the Department of Relations with Regions, to discuss the fact.

The government administration says the Prime Minister discussed with the newly appointed Governor the priority projects to be implemented in the region, including those planned within the framework of the Renewed Regions program initiated by the PM.

Educated in law, Giorgi Urushadze, before his appointment as State Representative in the Guria Region, worked in the National Agency of State Property, preceded by various positions in the Finance Ministry’s Service Agency.

Urushadze has replaced Giorgi Sakhokia as State Representative in the Guria Region, the latter transferred to the Ministry Internally Displaced Persons from the Occupied Territories of Georgia, Labor, Health and Social Affairs as Adviser for the Agency of State Care and Assistance for the (Statutory) Victims of Human Trafficking. The Prime Minister thanked Giorgi Sakhokia for his service and wished him success.

Giorgi Sakhokia was appointed Governor of Guria in February 2021 in the cabinet of the then Prime Minister Giorgi Gakharia.