German Amb to PM: Germany Wants to be Good Partner in Georgia’s Development 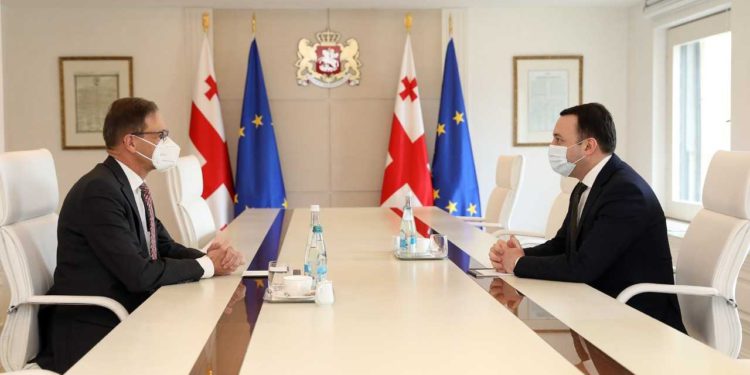 The attendees discussed the relations between Georgia and Germany, noting that the years-long friendship between the two nations builds on a robust partnership grounded in shared values and interests.

The Prime Minister thanked the German diplomat for his personal contribution to furthering the relations between Germany and Georgia.

The meeting focused on Germany’s strong support of Georgia’s sovereignty and territorial integrity, and the country’s European and Euro-Atlantic aspirations.

The conversation also covered the issue of challenges posed by the COVID-19 pandemic. The Prime Minister thanked the Ambassador for Germany’s support of Georgia’s efforts in the fight against the pandemic.

The parties also discussed the trade and economic relations between the two countries, with emphasis on the importance of developing these areas, especially in the post-pandemic period.

“I was very happy to have a good meeting with Prime Minister Garibashvili, to congratulate him on his assumption to office. We discussed everything, from his visit to Brussels recently to his upcoming plans for the future of Georgia. We touched on issues of German-Georgian cooperation. I assured the Prime Minister that Germany wants to be a good partner in Georgia’s development,” the German Ambassador said after the meeting.