Georgia’s Niche in the New World 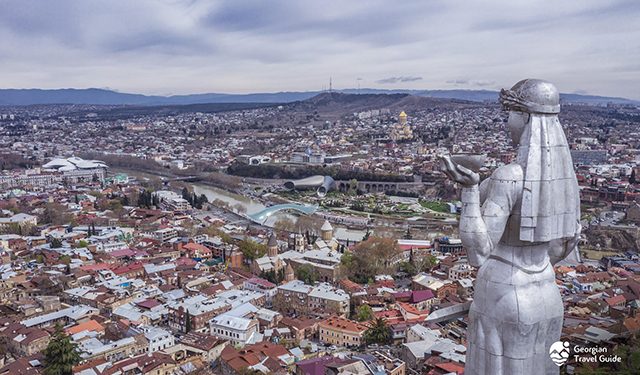 The world is changing at a very fast pace, and Georgia is going through that metamorphosis in affordable step with the rest of the altering globe. Most of the contemporary prominent brains of international policy tell us in unison that the time is truly epochal, emphasizing that a revision of the world order is taking place, something which last happened around a hundred years ago when those revolutionary social, political and technological adjustments triggered radical transformations, providing for the survival of humanity, and creating an entirely new economic basis for the world’s development.

In that complicated process, Georgia had its own commensurable role and niche, but its headache, connected with its geopolitical orientation, is yet to end. Having been colonized and finally annexed by Russia, the poor little country wreathed and wriggled as it sought freedom and independence, irritating Russia with its zeal for liberty and sovereignty, and ending that love-hate matrimony in a bloody conflict and one-third of its historical territory lost, maybe forever. The abominable status quo imposed on us seems to be written in stone, leaving the leading powers of the country feeling flagrantly impotent to change the extant state of things into something drastically healthier for the sick nation. Under the crucial influence of bitter experience in the moderately turbulent and shakily promising Russian-Georgian relations, any step can be precarious and fraught with potential errors. Hence, the double and even triple geopolitical game that we are constantly dragged into!

And still, the incipient configuration of the new world order is granting us a hopeful light at the end of the yet darkened tunnel. The Russian-Ukrainian crisis has created a solid background for turning a seemingly local emergency into a real worldwide clash of national interests and geopolitical aspirations. It would be immature to say that this is just a war between two nations, as it has turned into a collision between Russia and the entire West, in the persons of the USA, EU and NATO, among whom Georgia is walking surreptitiously along the burning catwalks of the unmitigated and undying conflict.

The scientific answer to how it all happened and how the world found itself in such turmoil has not yet crystallized, although attempts are being made to interpret the strange limbo. Says Anthony H. Cordesman, the Emeritus Chair in Strategy at the Center for Strategic and International Studies (CSIS):

“The United States needs to react to the Ukraine war in ways that fully address the reality that ‘globalism’ and the ‘end of history’ have proved to be dangerous illusions. It must go beyond simply addressing the weaknesses of NATO. The US cannot afford a strategy that focuses on only one major threat or region. It cannot afford to ignore or lose its major strategic partners in any part of the world. It must plan to remain a global power where its peacetime actions throughout the world will be critical in achieving deterrence and its overall strategic objectives, rather than rebalancing to one region or one small part of that region.” This is just one opinion and one attitude. There are so many others out there, but none of them have earned enough respect and heed to have the whole world believe.

Thus, it is not surprising that a minor player like Georgia might be somewhat at a loss in its interminable search for the most justifiable ways to survive the game of the giants. More so because the critical global situation has not yet revealed the losers and winners, remaining just as murky and blurred as it was when the war started half a year ago. And according to an expert’s promise, the winner will be the one(s) who build a new economy, maintain their extant social and state system, and keep their geopolitical position.

Georgia has so far physically eschewed the hotbed of turbulence, which does not mean that we are out of the woods, but that we have a valuable premonition that new economics, refreshed social policy, reinvented geopolitical considerations and revised global order are coming up, for which we have to be ready. Georgia’s niche in the renovated world is looming, and the future belongs to those Georgian leaders and political forces on both sides of the aisle who can guess exactly what this nation needs and has to do at this crucial moment, and act accordingly.