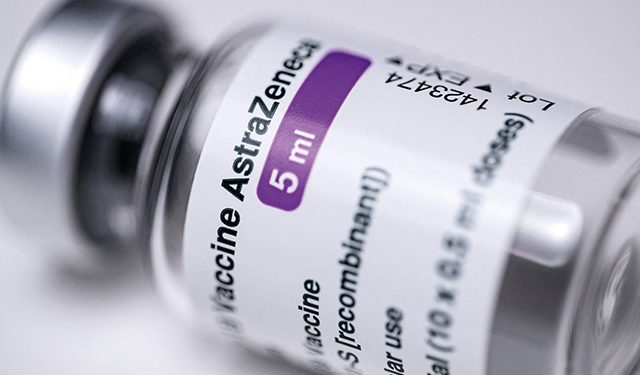 On Thursday afternoon, a nurse in Akhaltsikhe was vaccinated against COVID-19, with the AstraZeneca vaccine. The 27-year-old woman, Megi Bakradze, had previously had annual vaccinations against the flu and had never reported any allergic reactions. Immediately after the AstraZeneca vaccination was received, she gave a live interview to a TV channel, calling on other medical staff to get vaccinated.

“Unfortunately, she developed a reaction within 30 minutes,” Director of the National Center for Disease Control and Public Health, Amiran Gamkrelidze, said. “We don’t yet know if it was an allergic reaction or some other type of reaction. Preliminary conversations with doctors lead us to think it was likely an anaphylactic reaction.”

Gamkrelidze explained that the nurse’s condition worsened quickly, and it was necessary to put her on artificial respiration.

Paramedics then transported the patient to Tbilisi. “We will not be able to talk about cause-and-effect until an investigation has been conducted,” Gamkrelidze said.

An emergency joint session of the Immunization Scientific Committee and the National Committee of Immunization Safety Experts was held at the Ministry of Health on Thursday evening to discuss the Akhaltsikhe case.

Several European countries have this week suspended their AstraZeneca vaccination programs due to reports of blood clots forming in patients who had been vaccinated with the British-Swedish jab. Among those countries are Germany, France, Italy, Ireland, Denmark, Norway, Spain, the Netherlands, and Bulgaria.

In Germany, out of one million six hundred vaccinated with AstraZeneca, seven people were diagnosed with thromboembolism, which, according to the Health Minister, is a very low rate; however, for safety reasons, he still supported the temporary suspension of AstraZeneca.

Austria, despite the above, decided to continue its vaccination program with AstraZeneca. The country’s health minister said on March 16 that Austria was waiting for the opinion of the European Medicines Agency, and only then will it decide whether or not to suspend the vaccination process. The EMA’s final approval on AstraZeneca came on Thursday evening with a report that AstraZeneca is both safe and effective.

The World Health Organization has called on states to continue using the AstraZeneca vaccine. WHO’s Chief Researcher Sumaya Suaminata says that no link has been made between the complications and the vaccine.

After consultation, the Georgian experts on Thursday decided not to suspend the AstraZeneca countrywide vaccination program, based on the EMA’s report on the vaccine’s safety.