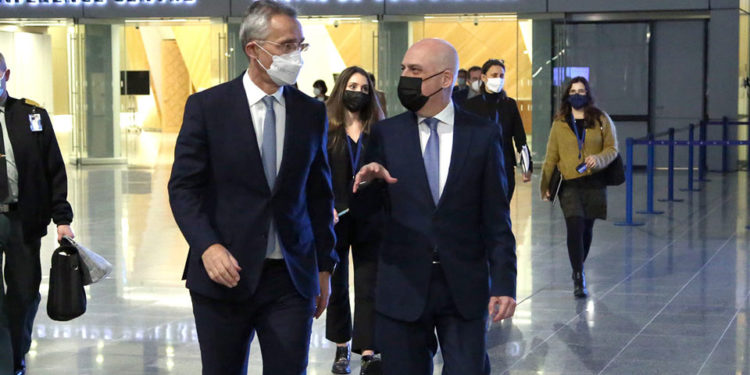 Jens Stoltenberg underscored that the Bucharest Summit decision that Georgia will become a NATO member would not be back-pedalled and Georgia’s sovereignty and territorial integrity are the red lines, the Minister noted.

“NATO is ready to continue the dialogue with the Russian Federation and there are areas that can be discussed, however, there will be no compromise on the red lines,” Zalkaliani said.

Foreign Minister pledged the government would spare no effort to achieve “tangible results” at NATO’s next summit, scheduled for 29-30 June 2022 in Madrid.

Earlier, the Georgian Foreign Minister held a meeting with the ambassadors of NATO countries.