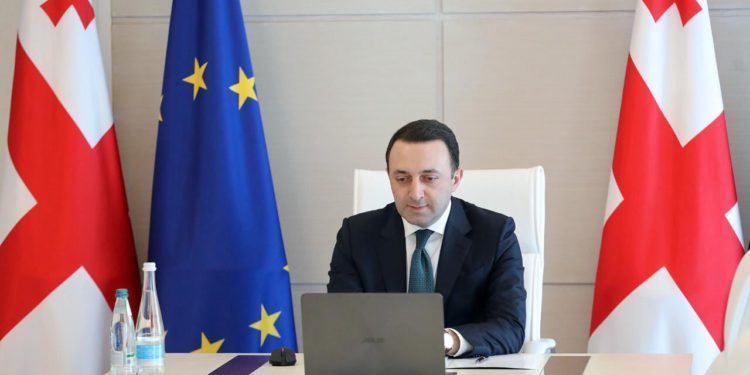 Primer Ministers discussed friendship and strategic partnership between Georgia and Ukraine, which is based on centuries-old historical and good neighborly relations. They have emphasized the importance of European and Euro-Atlantic integration of Georgia and Ukraine and even more effective cooperation in this direction.

The conversation between Primer Ministers also touched upon the trade and economic relations between Georgia and Ukraine.

The sides discussed the progress made in the NATO integration process and noted that membership in the Alliance is one of the main priorities of the two countries foreign and security policies. In this context, cooperation on Black Sea security and the importance of Black Sea security in ensuring common Euro-Atlantic security was underlined.

Irakli Garibashvili has invited his Ukrainian counterpart to pay an official visit to Tbilisi.