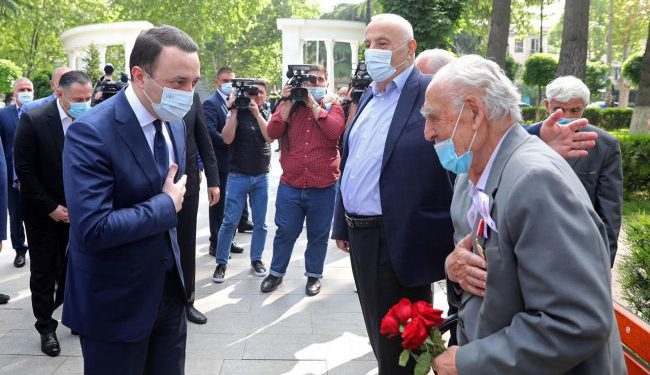 On May 9 Georgians mark the victory of the Soviet Union over Nazi Germany and the end of the Second World War (WWII).

After Germany’s declaration of capitulation on May 8, 1945, World War II ended and May 9 was declared the Day of Victory over Fascism.

The Second World War claimed the lives of 300,000 Georgians.

Prime Minister of Georgia Irakli Garibashvili, together with members of the Cabinet of Ministers, paid tribute to the memory of the victims of the Second World War ll in the Veterans Park in Tbilisi.

Based on the decree of the Government of Georgia, on the occasion of the 76th anniversary of the victory over fascism, the participants of the Second World War will receive one-time social assistance worth 1000 GEL, and the members of the families of the victims of the War will receive 500 GEL.