George Sharashidze: Rating of All Parties Except ‘For Georgia’ Decreasing, IRI Poll Shows 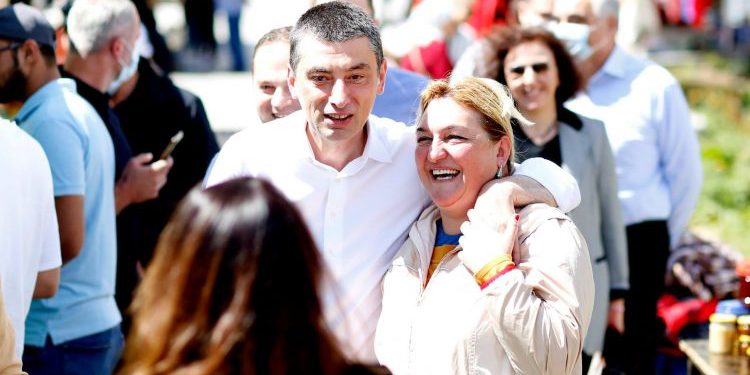 “What conclusions can be drawn from the latest IRI study?,” he writes.

“1. The Party ‘For Georgia’ is the fastest-growing political organization, whose rating rises in parallel with the declining ratings of not just one party, but of all parties, both from the majority and the opposition, disproving the artificial myth that For Georgia only deprives votes of the ruling party.
2. The party ‘For Georgia’ is the party with the highest “second choice” with 9%, when the parties in the first and second place at this stage have almost exhausted growth potential, which clearly indicates the chances for the party ‘For Georgia’ to at least double the current result, and overcome the 20% limit without any problems at the October elections and change the government even at the early parliamentary elections!
3. Gakharia continues to maintain a high personal rating. A large part of the population is positive towards him even a few months after his resignation, and the ruling party’s assessments that Gakharia’s rating was conditioned by the party’s rating were not justified.
4. The real reason for the annulment of the Charles Michel Agreement by the ruling party has been confirmed – the fall of the 35% rating to 28% in April, which confirms an irreversible decrease in the population’s support for the ruling party.
5. The situational alliance of the ‘National Movement’ with the ruling party to cancel the agreement of Charles Michel was confirmed, because its rating, like that of the ‘Georgian Dream,’ has been reduced from 18 to 15%,and if we compare the current rating of the ‘National Movement’ with the 2020 parliamentary elections, 27%, it becomes even clearer why the party with a halved rating was upset by the cancellation of the Charles Michel agreement and the early parliamentary elections.
6. It has been confirmed that the ratings of almost all parties are reduced yet the support for the party ‘For Georgia’ is increasing, which is not surprising given that, based on the survey, 97% of the population negatively assesses polarization. The ruling power and the opposition are doing the exact opposite.
7. Finally, the majority of the population, 61%, are dissatisfied with the existing political spectrum and expect change from the new political force, while 75% intend to participate and vote in the elections, which once again confirms that change is inevitable for Georgia!

“The challenge is accepted! We can. We will change!” Sharashidze wrote.

For the record, based on the new poll by the International Republican Institute (IRI), 26% of respondents would vote for the Georgian Dream, 14% for the United National Movement and 9% for former PM Giorgi Gakharia’s party if elections were held next week.

In addition, the poll results show that the former prime minister Giorgi Gakharia maintains a high personal rating. He is acceptable for 56% of the respondents.