General Population Census to be held in Georgia in 2024 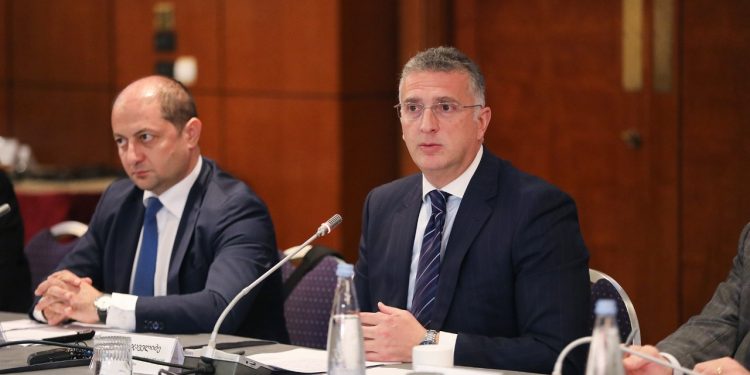 Head of the Government Administration Revaz Javelidze attended a conference organized by the Government of Georgia, the National Statistics Office (GEOSTAT), and the United Nations Population Fund (UNFPA) Office in Georgia, to discuss advocating, donor mobilization, and coordination for the general population census in 2024.

Javelidze opened the conference. The participants were also addressed with a speech by Executive Director of GEOSTAT Gogita Todradze and Hassan Mohtashami, UNFPA Representative in Turkey/Country Director for Azerbaijan and Georgia.

As the Head of the Government Administration notes, Georgia takes into account international recommendations and asserts its commitment to engaging in the 2020 Round of the World Population Census. Notably, the years 2015-2024 are defined for the 2020 World Round.

“As you know, a general census is scheduled for 2024. It is one of the most important statistic activities that the country will hold in line with international recommendations. Today’s meeting is very important in that we want donor organizations to be actively engaged alongside the state,” Javelidze said.

As Hassan Mohtashami, UNFPA Representative in Turkey/Country Director for Azerbaijan and Georgia notes, the National Statistics Office of Georgia has all capacities, competencies, and skills to carry out this kind of work. He also added that the Government of Georgia is well prepared to conduct large-scale statistical work.

As Executive Director of GEOSTAT Gogita Todradze pointed out, the estimated budget for the census as of today makes up about 29 million GEL, and contributions from donors are very important in this regard.

The conference’s participants included representatives of the diplomatic corps accredited in Georgia, financial institutions, the United Nations, and other international organizations.