GD MP Gudushauri: Europe Not a Point, To Enter There and Let Them Insult Us 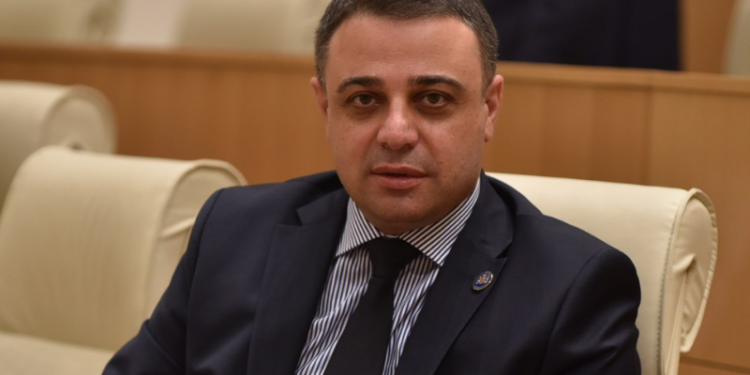 Georgian Dream MP Aluda Gudushauri says joining the European Union is not the main point itself.

He noted that the critical resolution adopted by the European Parliament on Georgia contains lies.

“Why do we want Europe, why do we want to return to the family where we belong, where there is truth and justice, but where unjustified and false decisions are made? It is immoral to be told that the high standard of the media and democracy was the standard of Saakashvili-Gvaramia. Of course, this is an insult to the Georgian people.

“It is quite clear that it has nothing to do with truth, European values ​​or objectivity. When we say that our place is in the big European family, we mean the truth and development of democracy. The decision dictated by the narrow political prism directly hits the values ​​on which European democracy stands. It is completely incomprehensible to me and I would say it is immoral to say that the high standard of democracy and media was the standard of Saakashvili-Gvaramia, who directly attacked the media, physically abused, there was zero pluralism in the media at that time and not a single critical voice was heard. Mr. Ivanishvili is the person who defeated that regime and gave a new life to the development of this country, laid the foundation for justice,” Gudushauri said.

The Georgian government disagrees with the resolution adopted by the European Parliament on June 9 and states that the resolution contains de facto abuses.

Prime Minister Irakli Garibashvili stated that he protests against the critical resolution on Georgia because its content is offensive.

Another Dream MP, Dimitri Khundadze, says if Georgia receives the status of an EU candidate with unjust commitments like the unjust allegations reflected in the resolution, then the country should give a fair refusal in response. Khundadze believes that the resolution was an insult to the Georgian people and that “he has never seen such an unjust Europe during the period of Georgia’s independence.”

The MP notes that “no status is worth giving up the dignity of the country.”

Public Defender Nino Lomjaria stated that the Georgian authorities (government, parliament, judiciary) violate the Constitution of Georgia when they do not fulfill their commitments to the European Union to implement democratic reforms.