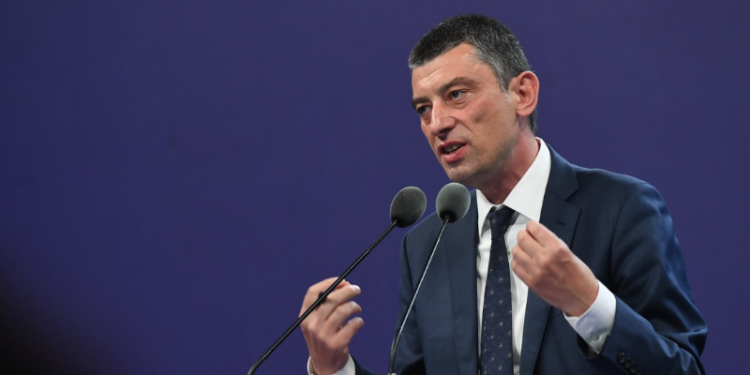 “I address the Ukrainian people – the statement of the Prime Minister of Georgia does not correspond to the attitude of the Georgian people. The Georgian people stand by the Ukrainians. People who are undermining this unity are pouring water on the aggressor’s mill and will surely be held accountable,” Giorgi Gakharia, the leader of the Party for Georgia, wrote on social media.

He noted that we should be able to unite around the great national idea, which is an independent, strong, fair and democratic Georgian state.

For the record, Prime Minister Irakli Garibashvili stated that “Georgia is not going to join sanctions against Russia – it will only harm our country.”

At the same time, Garibashvili said that he was not going to visit Ukraine.

“In response to the question whether I am going to visit Kyiv – of course not, the airspace is closed and not only me, even the leaders of the most powerful states in the world can not enter Ukraine,” Garibashvili said.

“Georgia has not backed Western sanctions against Russia. Do you have Stockholm Syndrome?” – This is how the Ukrainian Rada MP Alexei Goncharenko responded to the statement of the Prime Minister of Georgia that the imposition of sanctions will harm Georgia more.

The Rada MP said that the most surprising thing was the statement of the Georgian Prime Minister that he could not visit Ukraine as a sign of solidarity, “because the sky over Ukraine is closed.”

He asked the people of Georgia how much they like these statements from the head of government.