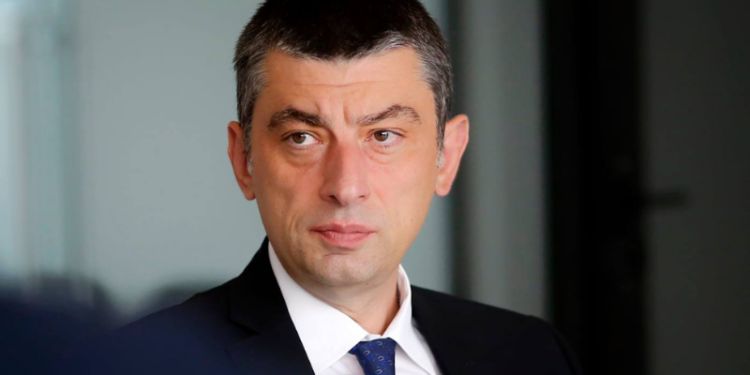 Giorgi Gakharia, the leader of the Party for Georgia, declared his support for Ukraine and noted that the world can not tolerate another mistake.

“I want to express my strong support for Ukraine and the Ukrainian people at this difficult time. Georgia is well aware of the consequences of Russian aggression. In 2008, the international response was weak. The world cannot stand another such mistake,” Giorgi Gakharia wrote on Twitter.

In these difficult times, I wish to express my strong support to #Ukraine and Ukrainian nation. #Georgia knows too well the price of Russian agression. Back in 2008, the international response was weak. Today the world cannot afford another such mistake.
Слава Україні!

The situation in Ukraine remains tense.

The Joint Operations Headquarters of Ukraine claims Russia opened fire 136 times in Donbas within 24 hours, including 116 times with weapons banned by the Minsk agreement.

Reportedly, no civilians have been injured.

This information is also confirmed by the Russian side, however, it claims that those killed were members of a “sabotage group” and were planning a “terrorist attack.”

Giorgi Gakharia resigned as Prime Minister on February 18, 2020. According to him, it was unjustified to arrest the chairman of the United National Movement, Nika Melia, in conditions when there was a danger of political escalation. According to Gakharia, the reason for his resignation was also that he could not reach an agreement with the Georgian Dream team. Following the resignation, Gakharia established the political party ‘For Georgia.’