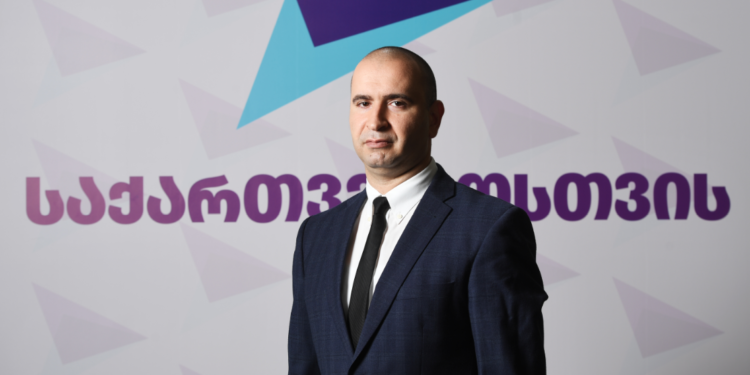 “We demand an immediate investigation into the comments made yesterday by the current Chairman of the Ruling Party,” Kakhaber Kemoklidze, a member of the political council of the party ‘For Georgia,’ responded to the statement of Irakli Kobakhidze, Chairman of the Georgian Dream, about former Prime Minister Giorgi Gakharia and the National Movement.

“We would like to respond to yesterday’s interview with the chairman of the ruling party.

“We were certainly expecting that the establishment of a political party by Giorgi Gakharia, would cause anxiety on both sides of the political spectrum, although the actual scale and form of it, exceeded all expectations.

“Yesterday we heard inadequate statements and primitive lies from the current chairman of the ruling party, by which he has once again damaged state institutions, insulted Georgian citizens, assaulted the security of the country and disregarded the Georgian Dream voters.

“What we were saying initially has been proved without any further effort on our side – there is no longer a red line for the current leadership of the ruling party, as they are ready to disregard the interests of the state for the sake of retaining their power.

“Yesterday, the chairman of the ruling party, I repeat – not the government, nor the security service, or the law enforcement agencies, but Irakli Kobakhidze accused the Prime Minister at the time, the current policemen and soldiers of acting against the state and of plotting a coup, based on some information, which, as he said,  was provided by the United National Movement.

“Kobakhidze said yesterday that for the past 4 months, he has been hiding from the Georgian citizens, including Georgian Dream voters, that a coup was supposed to take place in the country, involving the country’s Prime Minister, police and soldiers who still serve in Georgia’s defense and police forces.

“We think that leaving such absurd statements unanswered will further damage the state interests and the country’s international reputation. Therefore, we demand the investigation into yesterday’s comments made by the current chairman of the ruling party, to be launched immediately!

“It is ridiculous that for the past 4 months, the current leadership of the ruling party has been saying  that they would wait for our steps and make an assessment based on that. As it turned out, following our political moves, they saw a danger of losing power and began to invent these stories, the continuation of which has already been announced. This says a lot …

“Instead of taking care of the Georgian people, today, both sides are now in opposition to Gakharia and ‘For Georgia.’ They were brought together by the fear of our political party and the future, which led them to become so similar that the moral boundary between them has been erased!

“Despite all this, we have our agenda from which we will not deviate.

“We announced this on the first day – and neither now are we going to gossip about the past or unite against anyone.

“We will present our action plan and program in the immediate future and start direct communication with the population – which will begin from the Adjara region,” stated Kakhaber Kemoklidze.

For the record, Irakli Kobakhidze, the chairman of the Georgian Dream, told Rustavi 2 yesterday that the opposition party had planned to form an alternative government before the arrest of Nika Melia, the chairman of the United National Movement. As Kobakhidze claimed, the ruling party had this information but didn’t confide it to the then Prime Minister Giorgi Gakharia, since they had suspicions about him.