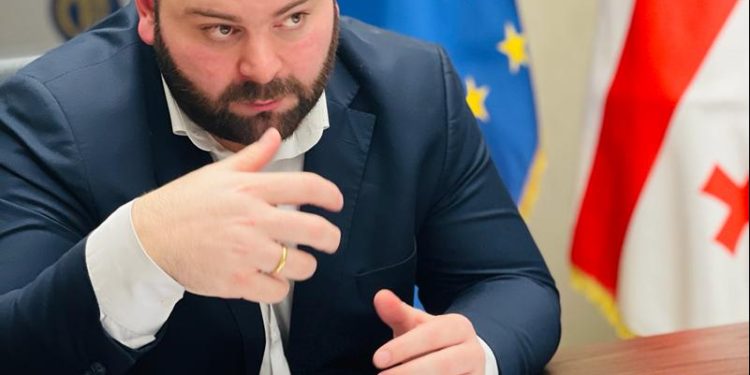 “In the joint evaluation document of OSCE/ODHIR and the Venice Commission regarding the changes to be made in the Election Code, it is clearly mentioned that beyond the small steps forward, a large part of the changes to be made causes “concern” of the evaluators,” Beka Liluashvili, a member of the For Georgia party, stated at a briefing in the parliament on December 7.

Beka Liluashvili claimed that the document mentions that the changes do not take into account most of the recommendations issued by the commission last time, and the changes are not in line with good practice.

“Now, Georgian Dream received the OSCE/ODHIR and Venice Commission joint assessment document and recommendations regarding amendments to the Election Code of Georgia. The report and recommendations clearly articulate that despite certain minor improvements, most of the amendments raised serious concerns of the evaluators as these amendments do not consider most of the previous recommendations and most importantly, these amendments are not in line with best practice,” he stated, adding that it is obvious that threats to and pressure on voters are not sufficient tools for the ruling party anymore and Georgian Dream aims to adopt changes, which include direct threats and mechanisms for rigging the elections.

Liluashvili stated that the joint document directly points to the problematic issues, which in fact define the credibility and transparency of next elections, while the special emphasis is made on the necessity of sufficient representation of observers as a source of legitimacy.

“Evaluators think that the following are not adequately provided by proposed amendments: sufficient legal framework for using electronic means; sufficient mechanisms for vote counting; grounds for mobilization of maximum number of votes on the polling stations. It is also unclear why the amendments envisage an abolition of control page and marking of voters, those being mechanisms ensuring credibility of elections. Also, the issue of concern is introduction of grounds for limiting observers on elections, etc. As you are aware, we are members of the working group on amendments to the Election Code of Georgia. During the work of the group, we urged the members of Georgian Dream to adequately reflect all amendments in the legislation. However, as now noticed by evaluators, this did not happen. We urge Georgian Dream, if they really intend to hold democratic and fair elections in the country, to consider all recommendations of the evaluators in the legal amendments. We urge them to stop the current process aimed at rigging the elections and unlawfully maintaining the power,” For Georgia member stated.