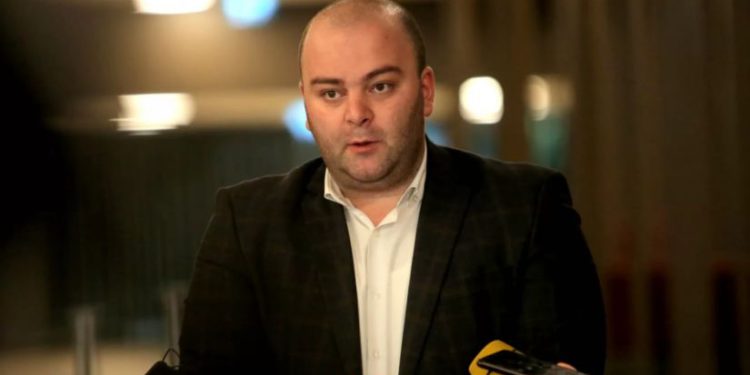 Beka Liluashvili, a member of the party ‘For Georgia,’ says a parliamentary commission of inquiry into the case of the secret recordings should be set up, with the participation of the Public Defender and international experts.

The party claims that the Public Defender should be involved in the investigation launched by the Prosecutor’s Office into the case.

“The reaction of the leaders of the ruling party Georgian Dream, including the statements aimed at impudently blaming their political opponents, clearly showed the difficult reality that exists in the country today. It is obvious that the ‘Dream”‘ is still guided by party interests. It is not in their interests to establish the truth.

“On the one hand, we demand the immediate involvement of the Public Defender and international experts in the investigation launched by the Prosecutor’s Office. Further, within the framework of the parliamentary mandate, we demand the establishment of a parliamentary commission of inquiry, which will also include the Public Defender and international experts,” Liluashvili said.

He added that he does not rule out the arrest of Alexander Khojevanishvili, the former deputy head of the SSG, in connection with the case.

“The main priority for the ruling party today is to retain power, therefore, we do not rule out anything,” Liluashvili noted.

For the record, a former security officer allegedly leaked a massive cache of surveillance files, including details on clergy from the Georgian Orthodox Church. On September 13, hundreds of files related to the clergy, politicians and journalists became publicly available on the internet.

The files allegedly include phone communications containing information on their political opinions and their activities, including their private lives.

The opposition claim this is a testament to how the Intelligence Services control and monitor everyone in the country. The leaders of the ruling party ‘Georgian Dream’ assessed the leak as a move against the Church and the state “organized by the opposition party United National Movement.”