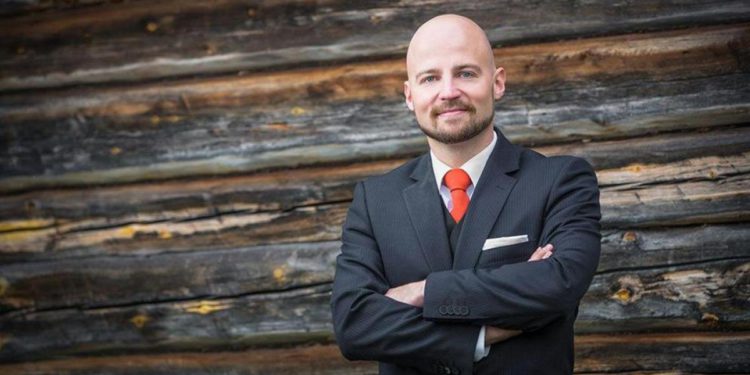 “We see Russia committing war crimes every day in in Ukraine. And we have 1300 kilometers of common border with a nation that is led by war criminals, terrorists and serial liars.  At this point, I think it will be for the best if we do as the Baltic countries have already done,” Mikko Karna, member of the Finnish Parliament (Center Party Parliamentary Group), told Radio Free Europe’s Georgian service, as Finland  braces for a historic decision to lodge a NATO membership bid.

“This is a totally new reality,” he says. “We don’t have a special relationship with Russia – we have a neighbor that we cannot trust. So I don’t think we need diplomatic relations with them, a nation that commits war crimes and invades. Putin said he’s not trying to reinstate the Russian Empire. But when Putin says that he’s not going to do something, he is trying to do it.”

A major shift seems to be happening in Finland – PM Sanna Marin has directed hard criticism towards Russia and says Finland will make a decision on its NATO membership application during the spring. It’ll be a quick process, there will be no referendum. And yet, only two weeks ago, the government said it wasn’t up to debate. What moment in the Ukraine war do you think precipitated this U-turn?

You can totally say that it’s a major shift – I think it happened when Russia invaded. Many people in Finland didn’t believe that Russia would do it. I knew this was going to happen – last December, I said that we should apply for NATO membership. We thought that we could go forward through diplomacy, through negotiations, but it didn’t happen. Now, the majority of Finns are pro-NATO. And I would be surprised if we didn’t apply for membership before mid-summer. It is the best guarantee for Finnish security to join NATO at this moment. And I have always said that the biggest mistake in our political near history has been that we did not apply for NATO membership immediately after the Soviet Union collapsed. For too long we have been standing with a foot in the door, and now we must choose a side, and we have chosen the West.

Russia explicitly threatened that there will be consequences for Finland if you join NATO. What consequences do you think they could be? Is Finland ready for them, especially considering that 1300km shared border?

Of course, we can expect about anything, but I think like a hybrid operation would be most plausible, like they did in 2015. Or when Russia started flooding refugee seekers to Finland, through our northernmost border checkpoints. And, of course, also an information war. We’ll see. Everything is possible.

I don’t believe so, especially now Russia is tied to Ukraine and has lost so many troops, including ones stationed near the Finnish border- the Murmansk motor brigade was utterly destroyed, with only three people surviving. So I don’t think they have the power for an aggressive attack at this at this point. But a hybrid operation and information warfare, that is something that we will see.

We don’t need diplomatic relations with a nation that is led by war criminals, terrorists and serial liars

You hold the rank of Captain in the Finnish Army. Give us a sales pitch for the Finnish military. How good are they?

Well, in Finland, we are ready to defend our country any day. Over 70% of the Finns think that this is a country that should be defended by arms, they are ready to fight and give their lives for it if needed. And that is the most important thing. We have good conscription. And, of course, if needed, we are prepared for very, very long guerrilla warfare also. It’s going to be difficult for any invader that tries to invade Finland. We have an effective army and an effective Air Force and Navy. And we have maintained the status of a non-allied country, so we have developed our defense forces to ensure that. And they are very, very strong.

NATO Secretary General Stoltenberg claimed that if Finland does indeed apply, the admission process would be very quick. So, conceivably, Finland could become a NATO member by the end of the year?

It’s possible. We’re good for NATO. It depends on the member countries, of course; all of them must say yes. And we have been a little bit worried about what happened in Hungary, and what they think about our membership bid. But I think it’s possible, it’s not going to happen in two weeks, but it can happen in months. I’m hoping that we will apply soon. And I hope all the member nations will accept Finland and understand what has changed in the world after the Russian invasion.

Will a NATO member Finland be supportive to Ukraine’s and Georgia’s aspirations?

Of course, it will. You can count on it. Finland has helped Ukraine greatly in this war, which has never happened before – we have sent two shipments of arms to Ukraine. Finland has also tried to maintain neutrality and non-alignment, but in this war, we have clearly stated that we are on the Ukrainian side, and we have sent weapons and humanitarian aid to them.

The Baltic countries cut off energy dependence on Russia. Is Finland expected to follow this?

At this moment, in Helsinki, they are unloading Russian coal in the harbor – The terminal responsible declared that they would stop buying coal from Russia, but they are still doing it. We have been and still are energy dependent on Russia. The quicker we can sever these ties, the better. We must buy our energy from another country.

Nobody believed at first that Finland could survive the Soviet invasion, as nobody believed that Ukraine could defend itself against Russia. But they both did.

Many compare the war in Ukraine with the famous Winter War in Finland. Do you see similarities?

There are many similarities. Ukraine is a bigger country than Finland, but both are smaller nations compared to Russia. And they were both illegally invaded. Both nations have asked for help – for international help troops, weapons, supplies. Finland got a lot of attention in the Winter War, but little effective military help. But I’m really happy that Ukraine is getting weapons and arms, truckloads. It’s a good thing. It’s going better for Ukraine than it did for Finland. And nobody believed at first that Finland could survive the Soviet invasion, as nobody believed that Ukraine could defend itself against Russia. But they both did.

Can there be the same kind of outcome too?

Finland lasted for 105 days. We call it the “105 Days of Glory.” Then we were forced to negotiate peace with the Soviet Union and we lost some lost some territory. Let’s see what happens in Ukraine. Of course, I’m hoping they can go forward with peace talks. But it’s going to be really, really difficult. And Russia is demanding many things that are unacceptable for Ukraine. You must strive for peace, of course, but I think Ukraine has shown that it doesn’t have to surrender unconditionally; it has the power to negotiate, and Russia is in a bad spot at the moment.

Let me also ask about Finlandization. Before the war, the French President admitted it was being discussed as a “solution” to the Ukraine situation. In 2014, during the Crimea annexation, giants such as Kissinger and Brzezinski considered the Finland model “ideal” for Ukraine. Let’s hear from a Finn what Finlandization was like and whether it would work for Ukraine.

Finlandization was a working model that we had after the war, to guarantee our independence. But that line died when the Soviet Union collapsed and we got a new neighbor– Putin’s fascist Russia, which is unpredictable. What Zelensky has said is that they could maintain a non-aligned status, but they would need security guarantees from the West. That could be some type of solution. But Finlandization is gone, it’s in the past. If Ukraine agrees to peace with these terms, saying they will never join the European Union or NATO but get security guarantees, that would be a new Finlandization, a 2.0 version.