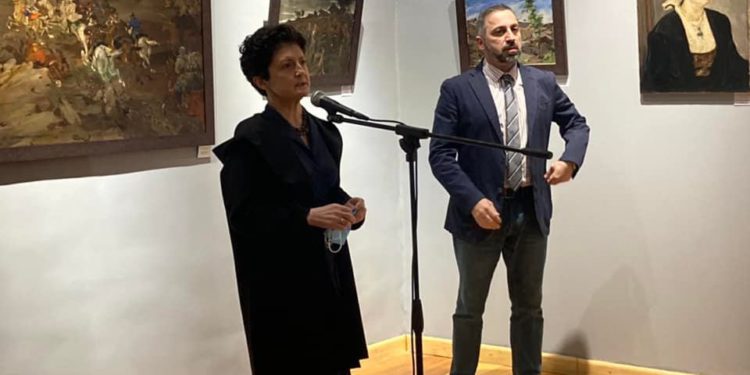 The exhibition of theater and film artist Valerian Sidamon-Eristavi has opened.

The artist’s works were purchased by the Ministry of Culture, Sports and Youth Affairs of Georgia within the framework of the project “Maintaining the Unity of Private Collections Important for Georgian Culture / Replenishing Museum Funds.”

At the opening of the exhibition, the European Art Hall of the Art Palace (6 Kargareteli Street) was named after Maia Tsitsishvili – Scientist, Professor of Faculty of Art History and Theory, Art Critic.

The Minister of Culture, Sports, and Youth Affairs of Georgia Tea Tsulukiani took part in the opening of the exhibition.