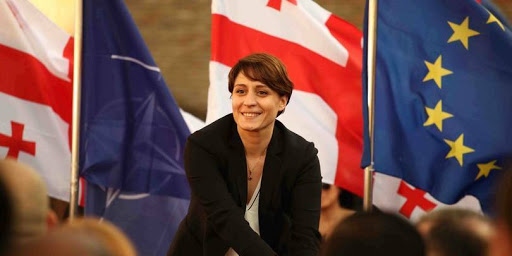 Khoshtaria released a video address where she talks about her future plans, saying she plans to expose corrupt officials, abusers, fraudsters, thieves, clan members, nepotism, ties with Russia, and all kinds of injustices.

“We live in one of the poorest and most unjust countries that can be successful and rich. Out of 3 million 700 thousand population, 400 thousand are socially vulnerable, 300 thousand are in the register of debtors, 600 thousand have pawnshop debt. In 2012-2019, 760 thousand people left the country. 2018 data of the conclusion of “UNICEF” says 69% of the population of our country is poor. Unemployment caused by covid may put an additional 160,000 people in poverty and reduce the incomes of 400,000 people. In the last 8 years, the price of food has increased by about 48%, and the price of medicine by 65-70%. External debt has tripled since 2012. We are ranked 44th out of 46 European countries with an average life expectancy. In parallel with all this, we are partially losing state institutions. There is no court for us where we can defend ourselves. The prosecutor’s office is fulfilling Ivanishvili’s wishes, the police are taking political instructions, and the SUS is engaged in blackmailing and controlling people. Parliament represents 96 people gathered in to praise one man. The greatest evil is despair,” Khoshtaria said in a statement.

Khoshtaria says she will not leave anyone alone in the fight against injustice.