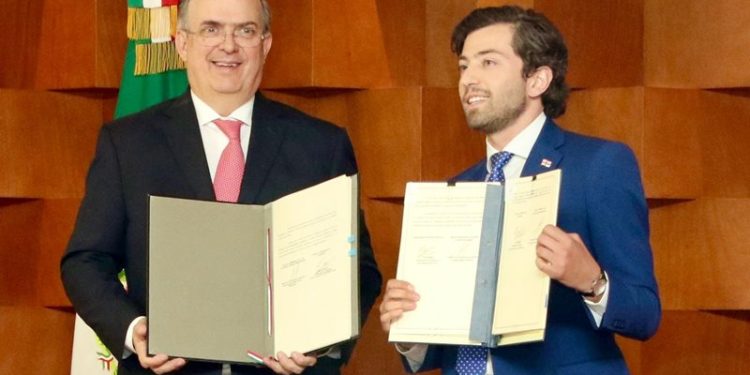 Within the framework of the official ceremony held at the Ministry of Foreign Affairs of Mexico, an agreement on cooperation in the field of education and culture was signed between the governments of Georgia and the United States of Mexico.

The agreement was signed by the Minister of Foreign Affairs, Marcelo Ebrard Casaubon from the Mexican side, and by the Ambassador Extraordinary and Plenipotentiary of Georgia to Mexico, Zaza Gabunia – from the Georgian side.

The aforesaid Agreement aims at developing cooperation between Georgia and Mexico in the field of culture and education. As noted in the Agreement, the parties express their willingness to promote the development of inter-agency ties and public diplomacy. The Agreement also envisages further development of cooperation between educational institutions through student exchange programs, as well as deepening of ties between youth organizations.

As pointed out in the Agreement, the parties are focused on encouraging the mutual exchange of groups of artists, as well as on conducting other events through participation in international festivals of music, fine, and performing arts.

As part of the official ceremony, the Minister of Foreign Affairs of Mexico and the Ambassador of Georgia addressed the attending audience.

They emphasized the importance of the agreement in deepening the relations between the two countries.