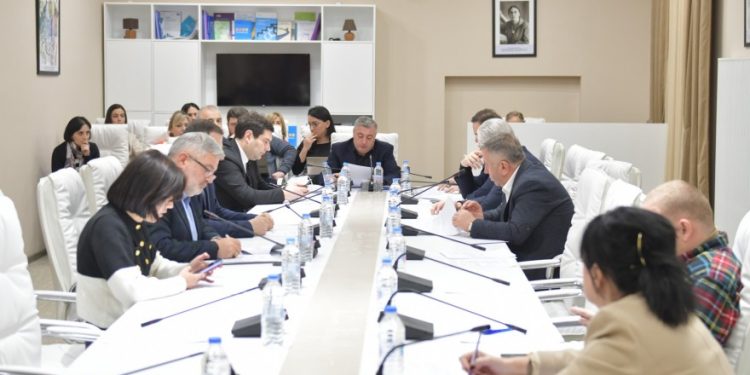 The Draft Municipal Code authored by Kakha Kakhishvili, Victor Japaridze, Anton Obolashvili and Irma Zavradashvili was submitted to the Regional Policy and Self-Government Committee by the Chair, Kakha Kakhishvili with the I reading.

As he reported, the changes envisage the distribution of the functions amongst the Municipal Assembly Bureau, Chair of the Assembly and the Assembly sitting; the change also concerns the age qualification for the election of the Mayor, determined as 25 years.

“Next part of the changes is related to the termination of the credentials of the Mayor and Assembly. Pursuant to the current Code, within the term of 3 months upon a new calendar year, if the Assembly fails to endorse the budget submitted by the Mayor, the credentials of both are terminated ahead of time. We have been searching through the world practice and none of the European countries apply a similar model. It is the same countrywide – if the Parliament fails to endorse the budget submitted by the Prime Minister, their credentials are not terminated. Hence, this discrepancy shall be eliminated,” he stated.

The Opposition MPs protested the decision of dismissal of the Assembly in case of the non-endorsement of the budget and gave political assessments.

The Committee decided to hold additional consultations with all parties concerned prior to the II reading to specify the changes.