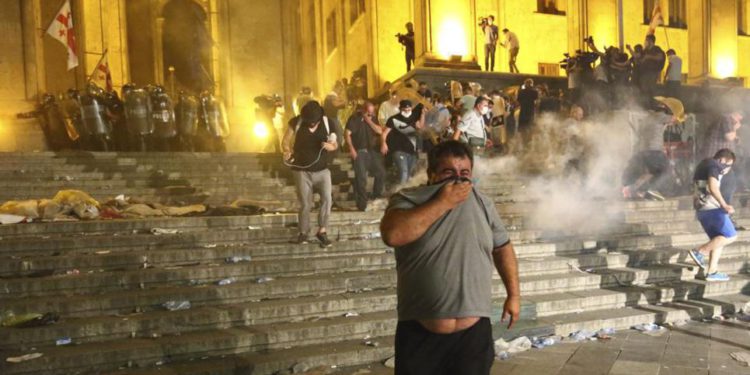 In its 2021 Investment Climate Statements report, the US Department of State discusses the political and security environment in Georgia, noting that since independence, Georgia has made impressive progress fighting corruption, developing modern state institutions, and enhancing global security.

“The United States is committed to helping Georgia deepen Euro-Atlantic ties and strengthen its democratic institutions,” reads the report.

“In August 2008, tensions in the region of South Ossetia culminated in a brief war between Georgia and Russia. Russia invaded and occupied areas of undisputed Georgian territory. Russia continues to occupy these Georgian regions, and the central government in Tbilisi does not have effective control over these areas. The United States supports Georgia’s sovereignty and territorial integrity within its internationally recognized borders and does not recognize the Abkhazia and South Ossetia regions of Georgia as independent. While South Ossetia and Abkhazia – which Russian troops and border guards have long occupied without Georgia’s consent – have declared independence, only Russia, Nauru, Nicaragua, Syria, and Venezuela recognize them as independent states. Tensions still exist both inside the occupied territories and near the administrative boundary lines (ABL). A Russian military build-up along the South Ossetia ABL dramatically escalated tensions in August 2019. In addition, Russian “border” guards regularly patrol the ABLs and have increasingly detained people trying to cross the ABLs. A number of attacks, criminal incidents, and kidnappings have occurred in and around the ABLs as well. While none of the activity has been anti-American in nature, there is a high risk of travelers finding themselves in a wrong place/wrong time situation. In addition, unexploded ordnance from previous conflicts poses a danger near the ABL of South Ossetia. However, other parts of Georgia, including Tbilisi, are not directly affected.

The document also says that violent street protests are uncommon, but there were significant clashes in June 2019 when protesters attempted to enter Parliament. Hundreds were injured, including some who suffered severe eye injuries due to police use of rubber bullets.

“Generally, police have fulfilled their duty to maintain order even in cases of unannounced protests,” reads the report.