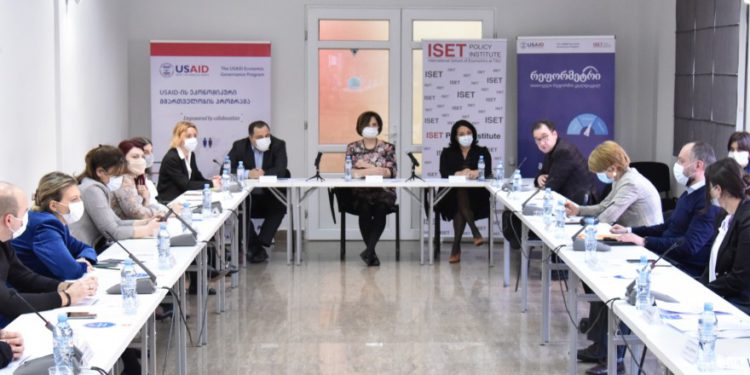 David Songhulashvili, Chairman of the Sector Economy and Economic Policy Committee, took part in a dialogue on public and private sectors by ReforMeter dedicated to e-commerce reform. As noted at the meeting, the e-commerce industry is fast becoming one of the most important tools in international trade.

During the pandemic, the share of e-commerce in total sales increased significantly. However, this sector is fragmented in Georgia and is still in the early stages of development. The parties gathered at the meeting to discuss e-commerce reform.

“As a Committee, our primary purpose is to promote the country’s economic development,” David Songhulashvili stated. “As a result, given the current pandemic condition in the country, the legislative priority should be to encourage post-crisis recovery and corporate development.

“The e-commerce reform will enable us to provide new economic development incentives, especially at a time when the e-commerce industry is rapidly integrating as one of the most important tools in international trade, and Georgia’s participation and strengthening in this process will be a necessity for significant changes in terms of economic development. This will help the country’s economy grow by facilitating the spread of foreign trade.

“The recovery of the post-pandemic economy is proceeding at a fairly rapid pace and we had double-digit economic growth in the previous year. However, I would like to point out that the possibilities are much greater. Especially in this direction, we have the opportunity to increase trade much faster.

“The implementation of this reform unequivocally contributes to the introduction of the Western standard, which further increases consumer confidence, and trust in itself leads to the activation of the sector and the wider use of that space. It is important to discuss the issue in such a format.”

Songhulashvili also expressed the readiness of Parliament and in particular the Sector Economy and Economic Policy Committee to be actively involved in the reform process.