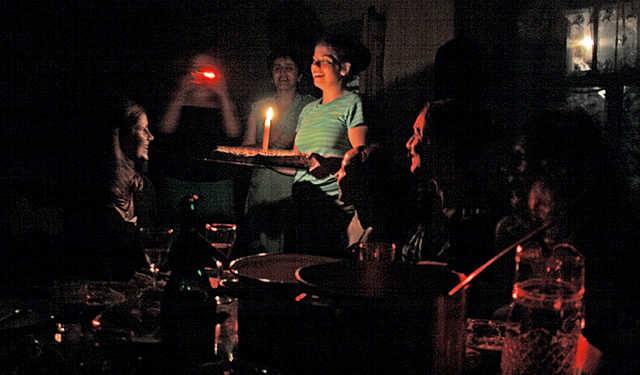 This isn’t a happy Christmas post about how the Light of the World was born during the days when there is the least light in His homeland, the longest nights and shortest days. I’m writing this on the shortest day of all, December 22. At least from here until half a year away we have more light to look forward to, if not (for some months yet in Svaneti) more warmth. The coldest weeks and months are, ironically, still ahead of us.

While I do believe in that Light of the World, shrouded as He may be in the distancing of 2000-odd years, this is not a hopeful post. The electrical situation in our village of Etseri and in most of the rest of Upper Svaneti is critical, worse than it’s been for the 10 winters we have lived in this house. I drove down to Zugdidi last week to stock up on shop goods before the big snows promised by forecasts could arrive, and was shocked at the low level of the Enguri hydroelectric dam which supplies us with our free electricity. It looks to contain about as much water as it should in spring, when our normal increased power demand and the lesser inflow have yet to both reverse and refill it.

The reason, everyone knows, is simple, and I wrote about it two weeks ago: unrestrained bitcoin mining at a huge scale. Most of my neighbors have to switch everything else off to run a washing machine. Last night, even our lightbulbs were dim orange instead of blinding white; then the power went off at around 10 pm and has yet, as I write this14 hours later, to reappear. Two days before that, it was off when we awoke at about 8 am, and came on for about ½ a second no less than eight times until fully returning after 4 pm. I had already unplugged all the sensitive electrical appliances in case of a surge with these flashes of power, and only plugged them back in when the situation seemed to have stabilized late in the afternoon.

Our house actually has it better than most, with two power lines running in. No-one has a generator except us, either, and ours is only 5 KW, not enough for more than the fridges and freezers and a laptop; it’s not connected to the whole house, as that would simply be absurdly beyond its capacity.

I talk to a friend who’s in local government and he suggests a village meeting to hash the whole thing out, with an ultimatum: get rid of your mining machines or we’ll call in the police. Another friend assures me his household is doing the bitcoin thing too… and while I don’t want to go on rumors, I’m almost ready to believe all sorts of things. I do know, from firsthand experience, how bitterly divided the Svans can be against each other in the best of times, let alone these worst ones. So there’s that to take into account.

If we can’t live normal lives, not even luxurious lives but simply have a regular and stable power supply, what are we here for? Who among us even has the choice to pack up and leave? Should we have a general strike, ask tourists to stay away, protest in the streets of our villages and in Mestia? There are plenty of innocent guest house owners who would suffer dreadfully from a tourism boycott, though.

The consensus is that local government, perhaps up to the highest levels, is deeply invested in this electricity theft, so, making mining of bitcoin illegal would have to get past them, and then be enforced even if it became law. Big hurdles, let us be realistic. However, if they want to be kings of an empty and totally lawless province, let them continue as they are.

Shakespeare’s Juliet says, learning of Romeo’s family which is at war against hers, “My only love sprung from my only hate!”. I say, My hate sprung from what I love! Is this how I should leave Svaneti, with a taste in my mouth so foul all I want to do is spew it out? Please, God, no.