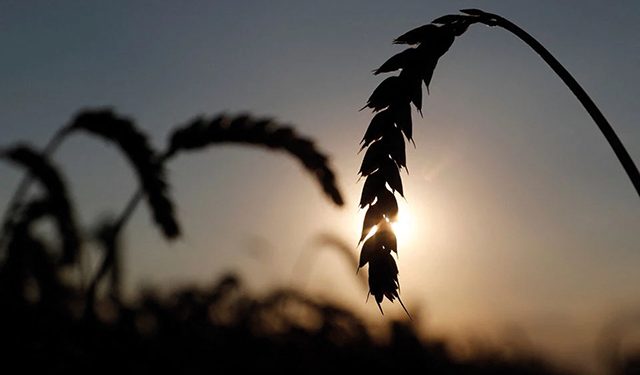 After the global economic crisis of 2008, a number of critical problems remain unresolved. The list of these macro- and microscale problems is quite extensive. However, despite this abundance, it is still possible to formulate several general theses characteristic of all of them: (1) due to the (voluntary) reduction of the role of the state, as an impartial arbiter, the healthy principles of market economy gradually atrophy; (2) under the influence of uncontrolled egoism, oriented to super-profit, social synergy is broken; (3) due to the resulting inequality and, in some places, lack of perspective, vices appear that threaten not only the order within the state, but also the stability and order necessary for the global system of international relations.

In this year’s final article, we sought to point out, through our own observations and assessments, several trends and events which are not only statically significant for the economic structure, but which will also have a significant impact on its formation in the foreseeable future. It is clear that my assessments made here to the judgment of the reader, as a non-economist, are done from an “amateur point of view,” which is supported by a personal interest in the subject and a multifaceted legal practice. Accordingly, this article, too, speaks to the reader by avoiding categorical conclusions, using balanced assumptions, and making judgments to activate further reasoning.

However, it seems to us that the fact that modernity has faced not one or two, but many systemic crises, the so-called “poly-crisis,” should not cause heated debate. And this makes it extremely difficult to correctly perceive, analyze and, most importantly, resolve the difficulties.

The peculiar synchronization of crises of different nature or content in the current regime (the global pandemic, significant damage to the pre-pandemic supply network, the recession of major economic centers, the war in Ukraine, the decline of China’s export potential, etc.) draws attention: That is, if not all, then several crises explode in one particular geography, in one particular time, simultaneously and with equal force. And, given the high degree of “interconnectedness and interdependence” of the world economy, the “export” of crises from one geography to another became widespread, eventually leading to a multiplicity of systemic crises: The world “poly-crisis”.

Importantly, the current situation provides a sufficiently clear basis for investigating cause-and-effect relationships, as well as for identifying possible future trends. Our intention is to highlight and articulate some of these in a concise format. Understanding the current process will be useful not only to have insight into global events, but also to determine where and how these events can lead our country; to anticipate, plan and prepare better so that we do not become passive observers of global transformation; to take care and act so that, by drawing sound and timely conclusions, we can increase our own social and public resilience, the competitiveness of the Georgian state, and our ability to adapt.

So, let’s give specific names to the main trends and systemic events that have only been mentioned.

The (unintended) consequences of poly-crisis?
It is a generally accepted axiom that any crisis is welcome as long as it allows us to draw the right conclusions and make decisions. In spite of the dramatic nature of the situation today, even so, there are trends that create opportunities for justifiable intervention in processes. At the same time, there are also trends that, whether or not the different people approve or disapprove of them, are the objective consequential manifestation of existing challenges.
Let us now turn directly to some of them, provide their brief description and assess their relevance.

Reconsidering the liberal economic order
It is one of the fundamental pressing issues involved in reassessing free market relations. This is not a question of a complete rejection of the existing market system. Of course not. In fact, academic circles (as well as practitioners) are now openly discussing the dangers of uncontrolled reliance on market instincts, when such lack of control, or “culture of self-regulation” by corporate actors, is detrimental not only to ordinary citizens, but also to the stability of state and society, the stability of the world economy and its systemic development.

The return of the state to the economy
Once again, it must be said that the creation and distribution of the wealth requires an impartial arbiter. And only an actor oriented toward secure and inclusive development, providing equal access to the means of realization and supporting social solidarity can be such an arbiter: The state. In doing so, its unconditional role is to create a reasonable balance between the demands of the healthy forces of the market economy and adequate public expectations. Without such a moderate and reasonable balance, it is impossible to achieve long-term peace in the country, nor to fully and competitively activate national economic resources in the foreign economic arena. Obviously, the next few years will give us more reason to better judge the modern manifestation of Neo-Keynesianism in the state economy.

Social welfare system
One of the main conditions for preserving national-state strength and stability is that not only should no member of society feel excluded, but that they should be perceived as a full participant in society. And the way to such participation is through economic policy and legislative measures that enable a citizen, a member of society (obviously, subject to their will and appropriate skills) to find their place in the process of nationwide development. The convergence of grand political objectives and specific human needs is unique in that it involves the realization of such a wide range of goals that lead to increased national security, the strengthening of the structure of social resilience, and the creation of an appropriate environment for personal fulfillment.

A new social contract
The relevance of talking about the need for a new social contract has increased, and we must consider its role again and again along with the above-mentioned topics. Its essence is expressed in the greater involvement of business in the nation-building agenda, its greater social support for society, and its greater responsibility for nationwide development. In short, it is about what business and the business community (including in Georgia) have always more or less done and managed. However, given our times and realities, this needs to be done “in excess”: more systematically, deeply, thoughtfully, consistently. There is no doubt that a new economic culture formed on the basis of a new social contract between the state, business and society (“contract” here is a conditional word and refers to a new norm of interdependence, unwritten norms of behavior) will help fill the public gaps, reduce national threats and manage risks to the development of the state. Thus, all three “signatories” to the new social contract will benefit equally and proportionately.

By Victor Kipiani, Chairman of Geocase