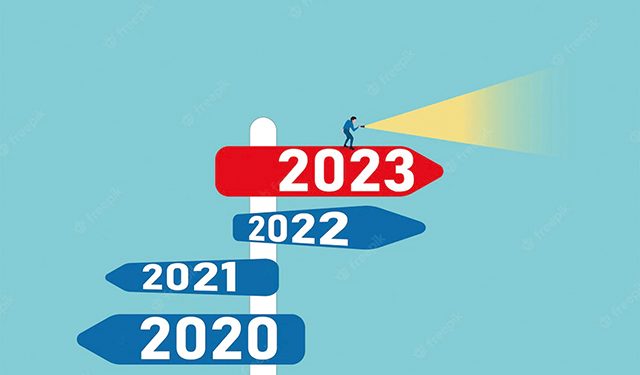 It is somewhat premature to speak of the firm establishment of the rise of “economic nationalism”, but there is a definite trend in this respect. Speaking of the new social contract, we have already noted that in the international economic “puzzle” now taking shape, all the elements are in their interconnection and interaction. It is clear that economic nationalism cannot be seen as a separate phenomenon either. Moreover, it is one of the driving forces of the geopolitical-geo-economic (dis)order, which is in the mode of renewal.

Experimental or war economy?
Perhaps these titles are interchangeable because: (1) contemporary economic relations are characterized by the breaking of old rules and the vague content of new rules, and (2) war and the global competition caused by it define again and again a crisis economy in a state of experimentation.
In this context, we consider it necessary and possible to name several features caused by the confrontation of several different political and economic systems.

A renewed economic networking.
Like the new hub-and-spoke system of global security and international relations, the global economic picture is undergoing fundamental changes. First of all, we are talking about a shift in the vector of global industrial potential from the West to the East. Although this process began relatively early, even before the pandemic and the new confrontation between the great powers as a result of the Russian invasion of Ukraine, today, in fact, the industrial and commercial pull to the East has become more evident. Thus, it is no coincidence that in the Western world, too, this fundamental process is not only discussed, but that so-called “countermeasures” are given special attention in practical and policy-defining documents. For example, the new U.S. national security strategy considers it insufficient to rely on the most important instruments of U.S. global economic influence – the U.S. dollar and trade agreements. The mentioned document emphasizes the need to neutralize the economic risks coming from the East, primarily from China, by making significant investments in the U.S. national economy and launching various stimulus projects. This course is very close to the stated policy of the Trump presidency and, if we recall the observations made in this article, boils down to a kind of American “economic nationalism” as a counterbalance to the “extreme” global liberal order.

The statement can also be phrased differently: Do these and other examples not point to a new feature of the economic order; a liberal economy, but with a national sign? This tendency (if not a trend) is particularly noteworthy from the perspective of our Georgian economic system and offers us a number of practical recommendations for the future.

Turning fuel into a “weapon”
The phenomenon we know as “weaponization”. Much has been written about its real nature and the consequences associated with it. Therefore, we will try to spare the reader from repeating already familiar assessments and focus only on some practical aspects.

In particular, Western circles are actively discussing measures to neutralize the detrimental consequences of this new form of aggression, the so-called “petrol aggression”. This issue has become particularly urgent for European business. Along with the deterioration of the social background, bilateral restrictions on energy resources (both by the EU and by Russia) have put the EU before the real threats: (1) as a result of the voluntary embargo, rising energy prices have threatened the development of industry at the necessary pace in Europe (in some places this process was even called deindustrialization, which, in our opinion, is excessive); (2) caused the need for significant investments in the infrastructure of transportation of energy resources from alternative sources, which in turn led to a reduction in funding for social programs; (3) the competitiveness of European businesses may decrease: both in relation to the US and in relation to Asia.

At this stage several basic measures are mentioned to counteract the economic pressure that was discussed, namely: (1) “rationalization” of energy consumption – lean consumption of imported energy resources; (2) price control – introduction of a reasonable “ceiling”/maximum limit on income and (3) the so-called Solidarity Contribution – introduction of a tax for social purposes on excess profits of energy companies.

All this once again redirects us to the trends mentioned in this article related to a reasonable return of the state to economic processes and, along with the necessary balance of social justice, an intensification of the state’s role in managing internal and external security risks. Any such trend is especially important for our country, for its competitive development. And it is practically impossible without achieving energy self-sufficiency, and for this we must pragmatically agree on the goals of necessary (and sometimes unpopular and disadvantageous for political parties) measures.

The fact is that the world is in the phase of the so-called “war economy,” and looking at the large-scale use of developed processes and means of economic pressure (which, along with energy resources, also applies to food, medicines, etc.), we can say that we are practically witnessing the first world economic war.

The conundrum of “much” or “little” credit resources
During the poly-crisis, on the one hand, a large infusion of funds into social and other supportive/stimulus programs was required, which, on the other hand, led to an escalation of inflation. As a result, the crux of the conundrum is the following: should generous investments in social needs, including through lending to the real economy, continue, or should greater caution (and in some cases clear limits) be exercised to contain inflation?

In an economy of crisis, the problem of proper management as well as the rational dosage of credit resources has increased the role of sound monetary policy together with the fiscal one; That, in turn, has made both academics and practitioners reassess the importance of the central bank. As a result, over the last few decades, this institution has had a ‘forced’ two-dimensional function: in parallel with managing inflation processes and prices, to avoid stagnation and to supply the necessary ‘fuel’ for the movement of the real economy, an adequate supply of money. In this extraordinary situation, the task of the state as a “smart regulator” is to strike a rational balance between the insatiable appetite for financial resources and the long-term priorities of equitable and predictable economic development. This is precisely the task faced by developed countries today, and with the acceleration of growth, the developing (Georgian) economy may also face it more tangibly.

Finally, the processes of adjustment to post-financial capitalism in financial and other, especially technology-related, critical industries have actualized the postponed problems of the post-Cold War period mentioned in this article: (a) adjusting regulations while maintaining a commensurate pace of development; (b) transition from financial corporatization (i.e., with a focus on super-profits) to corporatization in a broad sense (the imperative of an inclusive public and social agenda for the development of the country); (c) the introduction of new, exclusively meritocratic criteria for measuring success in economic activity, etc.

Conclusion to continue
Any recession or crisis leads to a new equilibrium. This is a kind of axiom: also in economics. The future equilibrium will be unique in that it will be characterized not only by the confrontation of geopolitical centers, but also by the struggle between the economic global North and the global South. This “multilayered” (r)evolution of the process requires constant observation and proper analysis on the Georgian side.

Regardless of the pace and quality of replacing old rules with new ones, we would suggest the following characteristics of the next stage equilibrium: (1) the elimination of unacceptable inequalities between different social strata to manage external threats and internal extremist risks; Which, among other things, can be achieved by (2) the state’s attempt to intervene in the economy in proportion to the political-intellectual and material resources available to it; And that, under a large assumption, leads to – (3) the end of the stage of the so-called “small government” and closer to the Keynesianism of national economic model (the state as an active client and determinant of economic growth), naturally, in accordance with modern realities and requirements.

Obviously, no discussion these days suffers from a lack of assumptions. Some are relatively more convincing, others less so. In times like these, it is important to remember that the road to “new normals” of economic system is full of many surprises. The American macroeconomist Ben Bernanke rightly noted about his professional career that “one of the lessons of my life is that nobody knows what will happen.”

Given the challenges of our time, this observation is critical not only for the economy, but also for other areas. Therefore, Georgia, represented by its society, academic and research communities, as well as its political leadership, must prepare itself to overcome the bumpy road caused by the unpredictability of the modern world. It is a path that requires a combination of strategic persistence and the art of tactical improvisation.

By Victor Kipiani, Chairman of Geocase