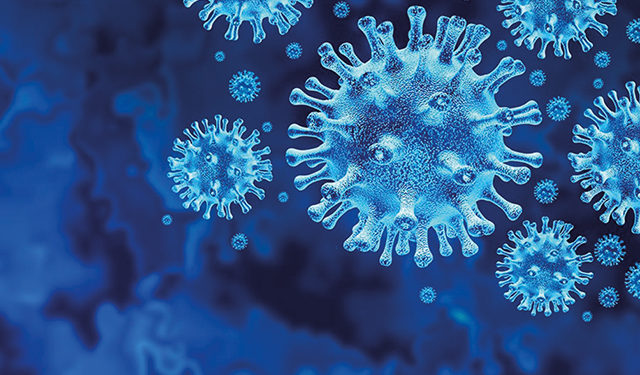 The epidemiological situation in Georgia remains concerning. Against the background of a very low vaccination rate, the recent elections and reactions to the results have led to mass gatherings of people becoming frequent, which further complicates the situation, even raising concerns that it might become uncontrollable in the near future.

At a special briefing held on Wednesday, President Salome Zurabishvili called on authorities to implement mandatory vaccination for high-risk groups, for Covid certificates to be a requirement in public areas, and for coronavirus treatment to be charged for if the patient is unvaccinated.

Following a meeting with the Catholicos-Patriarch, she further called on the Georgian Orthodox Church to promote mass vaccination for parishioners and suppress anti-vaccine campaigning by some priests.

“I appeal to the government to take urgent and strict measures – mandatory vaccination for risk groups, introduction of a Covid passport for entering public spaces and even paid treatment for non-vaccinated people,” Zurabishvili said.

She also attended the sitting of the Coordination Council working on Covid issues on Thursday. The discussion lasted two hours.

The Vaccine
Health experts have also expressed concerns about the current situation.

Speaking of the vaccination, Deputy Health Minister Tamar Gabunia said offering a universal booster jab is under discussion. Under the current rule, only people over 50 are eligible for a booster jab six months after their second vaccination.

On Thursday, head of the National Center for Disease Control, Amiran Gamkrelidze, spoke at a briefing about the effectiveness of the vaccine and presented an analysis of the March-September data of Georgia.

The need for intensive care in the fully vaccinated age group over 60 is 97.5% lower than in the unvaccinated, while the population aged 18-59 is said to be 99% protected from intensive care.

The data includes all the vaccines available in the country.

The Statistics
Based on the current week’s Covid statistics, most of the new cases are being detected in Tbilisi, which is followed by the Imereti and Kakheti regions.

The country recorded 5553 coronavirus cases, 4223 recoveries, and 47 deaths on Tuesday. Georgian capital Tbilisi recorded the highest number of 1794 Covid-19 cases within 24 hours, followed by the

The country reported 6024 coronavirus cases, 3818 recoveries, and 49 deaths on Wednesday. Tbilisi recorded 2237 Covid-19 cases, followed by Imereti with 1148 cases and Kakheti with 553 cases.

On Thursday, Georgia reported 5206 coronavirus cases, 4648 recoveries, and 53 deaths. Tbilisi recorded the highest number of 1885 Covid-19 cases within 24 hours, followed by the Imereti region with 979 cases, and the Kakheti region with 530 cases.

The US, Brazil, India, Mexico and the UK account for over half of deaths in the Johns Hopkins University tally, The Guardian reports.

In the Asia-Pacific region, the World Health Organization granted an emergency use license Wednesday to a coronavirus vaccine developed in India. The UN health agency said in a statement that it had authorized Covaxin, made by India’s Bharat Biotech. That makes Covaxin the eighth Covid-19 vaccine to receive WHO’s green light. Covaxin was given emergency-use authorization in India in January even before the completion of its late-stage trial, which later found the shot to be 78% effective against severe Covid-19. The vaccine is made using a an inactivated SARS-CoV-2 antigen to prompt an immune response, and is given in two doses.

Russia
The situation is particularly alarming in Georgia’s neighboring country Russia. Vladimir Putin has said Russia may need the army’s help to build field hospitals for Covid patients, as officials battle rampant outbreaks that have led to a nationwide workplace shutdown, Reuters reports.

His remarks came as Russia reported 40,993 new Covid infections, its highest single-day case tally since the start of the pandemic.

Europe
In its weekly report on the pandemic, the UN health agency said new cases jumped by 6% in Europe for the week of Oct. 25 to 31, compared to an 18% increase the previous week. The weekly number of new infections in other regions either fell or remained about the same, the report said.

While the Czech Republic, Poland and other countries in Central and Eastern Europe have reported recent infection spikes, the continuing rise in confirmed cases across Europe has been driven mostly by:
• The United Kingdom, with 285,028 new cases — a 14% decrease from a week earlier.
• Russia, with 272,147 new cases — a 9% increase.
• Turkey, with 182,027 new cases — an 8% decrease.

Ukraine
“Several hundred people blocked traffic in the center of the Ukrainian capital of Kyiv on Wednesday in a protest against coronavirus restrictions and mandatory vaccinations which the government introduced to curb new infections. Vaccines have become mandatory for some state workers, and, in “red” zone areas, including Kyiv, only vaccinated people or those with negative Covid-19 test results are allowed into restaurants, gyms and on public transport,” reported the CBC News.